Spartans right the ship in Aurora

Over the course of a long season every team is going to have their ups and their downs, their highs and their lows.

After dropping a pair of games to Tri-Valley Conference (TVC) rival Roosevelt, 7-1 last Thursday in Johnstown and then 7-3 at Jack Sommers Field on Saturday, the Berthoud High School baseball team got back on the winning side of things with a 6-2 victory in Aurora over Vista PEAK Prep on Tuesday afternoon. 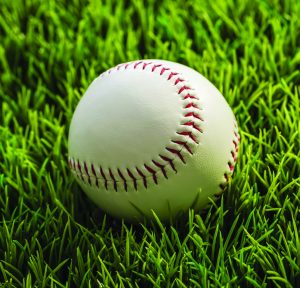 In the pair of losses to Roosevelt, Berthoud’s struggles came, not on the mound, where pitchers Chris DeSousa, Colin DeVore, Quinn Oliver and Brent Fowler combined to allow just four earned runs the two games, but at the plate where the Spartans hit a paltry .170 as a team.

“We need to perform better at the plate, three runs is not enough,” Berthoud manager, Buddy Kouns, said after Saturday’s loss to Roosevelt. “We need to be more aggressive, we need some quick-twitch in us, we need to be ready to hit the baseball, we are hitting scared right now.”

Berthoud had only one extra-base hit – a double off the bat of senior first baseman C.J. Balliet that was just short of clearing the fence – and stranded 21 runners on base in the two games against the Roughriders. Against Vista PEAK, the Spartans saw some modest improvement as Hunter Pearce hit a pair of two-baggers and drove in three, while Tristen Workman, Balliet and DeSousa each also contributed an RBI in the 6-2 win. Berthoud was able to work nine walks and collectively hit .261.

Perhaps more importantly, the Spartans committed only one fielding error in Aurora compared to the 10 times they mishandled the ball in the two losses to Roosevelt. Playing clean in the field is something Kouns has repeatedly mentioned is a point of emphasis for the team, saying after Saturday’s loss, “Had we played defense today, we win that game 3-1. Our miscues now are we’re playing on our heels, we’ve got to bring the game to an opponent rather than letting them bring the game to us.”

The Spartans miscues in the field wasted what was stellar performance on the mound from DeSousa, who allowed only one earned in perfect-for-spring-baseball conditions on Saturday afternoon. An error was followed by a single, a walk and a double to give the ‘Riders a three-zip lead before Berthoud even came to the plate.

DeSousa did his part for the four innings, surrendering just one hit and giving one free pass as Berthoud was able to knot the score at three-all after the fourth inning. In the sixth, however, things unraveled for the Spartans, as a single was followed by a series of errors and a stolen base and Roosevelt pushed three runs across the plate in the frame.

A frustrated Kouns explained after the game, “Chris pitched great for us today, he gave up one earned run, he threw us an out and we kicked the ball. I’ll tip my cap to (Roosevelt), we played them two games in a row and they made us pay for every mistake we made two games in a row, every mistake we made … we didn’t make them pay for their mistakes, when a team makes mistakes, you’ve got to make them pay for it.”

Tuesday afternoon against Vista PEAK, things went more in Berthoud’s favor. Oliver, who earned a save in Berthoud’s season-opening win over D’Evelyn, threw all seven innings and allowed the Bison to scatter just two hits while fanning six to get his first win of the year. In addition to Pearce’s three hits, Balliet notched two while also working two walks to boost his team-leading batting average to a stout .700 and on-base percentage to .800.

Berthoud (2-2, 0-2 TVC) will get back to conference play with a two-game series this week, hosting the undefeated Mead Mavericks (6-0, 2-0 TVC) at Jack Sommers Field on Thursday and then completing the set on Saturday afternoon in Mead.