It’s extremely rare for a high school team to make a coaching change mid-season, but that is what has transpired in the last week for the Berthoud High School (BHS) boys basketball team. Berthoud parted ways with fourth-year head coach, Mike Burkett, last Wednesday evening and elevated varsity assistant Joel Davidson to the top spot.

Berthoud came out on fire the day after Burkett’s departure, destroying visiting Fort Morgan by a 79-62 final that was not as close a game as even that score would suggest. Berthoud fought valiantly in their next two contests, losing by razor-thin margins to both Roosevelt, 62-60, on Saturday in Johnstown and to Erie, 59-56, on a last-second buzzer-beater Tuesday night in the BHS gym. 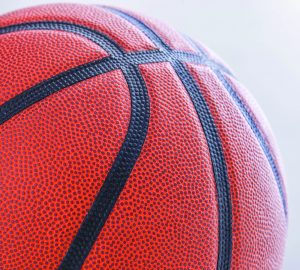 Following the win over Fort Morgan, Davidson expressed he was highly pleased with the effort with which his team played, saying every one of t he young men who stepped foot on the floor contributed to the win in a meaningful and positive way.

“I just think there comes a point where you’re sick of taking it on the chin and you combine that with the (coaching) change and I think that’s where their fire comes from right there,” Davidson said. “We have good leadership, Coach (Burkett) has done a great job with them for three or four years and most of these guys have been with him the whole time. That paid off for us tonight.”

Davidson shook-up Berthoud’s starting lineup for their last three games, explaining the effort and intensity put forth by some players who had not seen a ton of varsity time in a lopsided home loss to Frederick on Jan. 29 spurred his decision to make the change. Berthoud’s starting lineup for the last three contests has consisted of Aaron Hardy, Curtis Peacock, Ben Burkett, Cooper Hidalgo and Brent Hoogland.

“I think the change in starting lineup helps a little bit too. The night of our last game, that was the group who was fantastic in the second half and played their tails off, so they got rewarded with starting spots tonight,” Davidson explained.

The new head coach singled out three of those players for praise, saying, “I think Aaron (Hardy) has the potential to be the best leader in the program, and that’s not a knock on anybody else. His motor never changes, his demeanor never changes. You throw Brent (Hoogland) into the equation; Coach has spent all year working with him to get him to play the way he has played for the past week or so. And then you look at Cooper Hidalgo; he hasn’t got a lot of varsity minutes, and I don’t know what he did statistically tonight, but he plays his tail off. He does what he is told and he brings a physical presence.”

Hardy shined, as he has all season, for Berthoud against Fort Morgan, making play after play all over the floor and demonstrating why he was selected as a team captain. Hardy remained humble after the game but did concede the team played with a greater energy level, saying, “We definitely did have a different energy out there, because we all knew we needed to win so played as a team, worked as a team and won as a team. We built this unity with each other and we knew we had to depend on each other if we wanted to win and we did just that.”

Berthoud took control of the game from the opening tipoff with Hardy swiping a steal and driving the length of the court for a lay-up that gave Berthoud a 2-0 lead they would not relinquish for the remainder of the game. The Spartans took advantage of Fort Morgan’s physical play, drawing fouls repeatedly and making good on free-throws. A three-pointer from Jake Lozinski, a lay-up from Hoogland and a five-for-six effort from the line pushed Berthoud to an 18-10 lead after one.

Hardy explained once the team got the lead things became almost easy, saying, “I think the energy we had, when you’re up by even just five points, it’s easy to play loose and it seems almost easy to make any shots, and that’s what we were feeling tonight.”

Berthoud did rally from a fourth quarter deficit against Roosevelt, but the Roughriders hung on for the two-point win on Saturday. Tuesday night it took a last-second three-pointer for Erie to get the win in the BHS gym, but struggles from the free-throw line (54-percent) and a 22-11 Erie edge in the fourth quarter cost Berthoud their second home win in as many tries.

Berthoud (6-14, 3-10 TVC) are still on the fringes of postseason contention and will need to pick up a couple of wins in their final three games to reach the state playoffs. The Spartans will host Windsor next Tuesday night between a pair of road trips to Holy Family on Thursday night and Skyline on Feb. 15.