Fall is the busiest time of year for high school sports. Seven Berthoud High School (BHS) teams competed across six different sports – boys golf, boys soccer, boys and girls cross country, football, softball and volleyball − this fall. Three teams qualified for the state competitions in their respective sports and the volleyball team won their third-straight regional championship. Below is a wrap-up of the Spartans results this season as well as our picks for the Berthoud Weekly Surveyor’s players of the year in each sport. 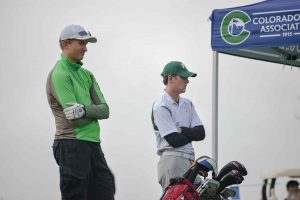 The BHS golf team had a change at the top this season with Head Coach Mike Burkett, who also coaches the BHS boys basketball team, taking over for long-tenured Head Coach Mike King, who retired following the 2015 season. The Spartans had a young team whose stated goal at the beginning of the season was to defend their conference title and qualify for state. The Spartans ultimately fell just short of their goal, as all four players struggled at the do-or-die regional tournament at Boomerang Golf Links in Greeley, a tournament Burkett described “was not our best day.”

Yet Berthoud did enjoy success throughout the season, taking second place at Highland Meadows on Aug. 30, and third place at Ute Creek on Sept. 6 and again at the Broadlands in Broomfield on Sept. 12. Junior Jack Hummel and senior Josh Schumacher both were named as Tri-Valley Conference (TVC) All-Conference selections as the pair routinely shot in the 70s throughout the season.

The BHS boys soccer team struggled this fall, winning only a pair of games. Yet there were bright spots to be found. The Spartans pair of wins came across TVC rival Mead, with Berthoud winning 7-1 on Sept. 8 and 3-1 on Oct. 12. In the Sept. 8 games, junior Tyler Markell scored a hat-trick and tallied an assist for a season-high seven-point match. Markell led the Spartans on the year with 10 goals scored and 22 total points, making him an easy selection for TVC All-Conference. Defender Kyle Wysock also took home All-Conference honors and Adam Klein was received an Honorable Mention. 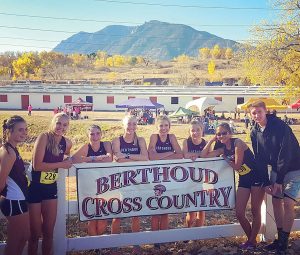 Josh Doyle, who was named TVC All-Conference, qualified for state after turning in a 17:08 at regionals and finished in 54th place at state, the best showing by a Spartan at state in 10 years. The girls team also qualified for state by finishing in third place at regionals. Two Lady Spartans, Maycee White (21:16) and Alyssa Radloff (21:19) finished in the top 15 at regionals to help give Berthoud girls team only their fourth berth in the state meet. At state, White finished in 87th place, Alex Schultz in 98th, Radloff in 121st, Liz Boznich took 135th, Kathryn Mathiesen in 141st, Julianne Evans Dennison in 148th and Cailey Archer in 155th. As a team, the Lady Spartans took 19th place overall at state.

Berthoud began the 2016 season knowing it would be something of a rebuilding year, as the Spartans were returning only two players – junior tailback Wyatt Woodrick and senior lineman Ben Douglas – who had played a meaningful number of varsity snaps the prior season. Berthoud struggled against their more-experienced opponents and finished the year with a 2-8 overall record that included one win, the season-opener against Greeley Central, which was awarded via forfeit. 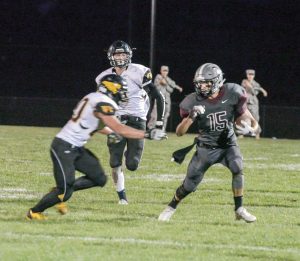 Yet, a number of underclassman shined over the course of the season for the Spartans. Junior quarterback Brock Voth finished the year as Berthoud’s leading passer and leading rusher, while three Berthoud receivers, juniors Jake Rafferty and Ryan Schmad, and sophomore Anthony Trojahn all topped 20 receptions. Woodrick, who missed the final three games of the season after suffering a back injury, was the centerpiece of Berthoud’s offense. The junior did it all, running the ball, catching passes, and returning kicks. He also played defensive back where he finished second in total tackles, led the team with five tackles for loss and, along with Rafferty and Connor Siruta, paced the Spartans with eight passes defensed.

Woodrick and senior lineman Jordan Doles received TVC All-Conference honors while Douglas, Brock Johnson, Schmad, Trojahn and Voth were all Honorable Mentions. Head Coach Troy Diffendaffer maintained throughout the season the experience the Spartans got over their 10 games would be of benefit for the team next year, as only two seniors will be lost to graduation. 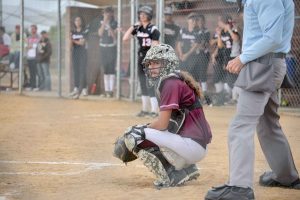 Berthoud entered the 2016 softball season with a roster that was heavy on youth. The 2015 state-qualifying team lost five players, a pair of whom were All-State honorees and three who are now playing collegiately, to graduation. Yet, under the leadership of second-year Head Coach Buddy Kouns, Berthoud remained the softball powerhouse the program has seemingly always been.

Sophomore pitcher Sarah Jorissen started all 19 games for Berthoud and finished the year with an impressive 2.46 ERA and a .237 batting average against. Senior catcher Hannah Langer led Berthoud with a .429 batting average, while Jorissen paced the team with 26 hits and 25 RBI. Contributions from up and down the roster helped the Lady Spartans take third place in the TVC with a 9-5 mark in conference play. Berthoud drew the 17-seed for the regional tournament and, after falling to TVC Champion and ultimate state runner-up Erie, bested Golden in thrilling, come-front-behind fashion by scoring four runs in the sixth and seventh innings to qualify for state. While the Spartans got knocked out in the opening round of state by No. 2-seed Mullen, the 2016 season cannot be judged as anything other than an unqualified success.

Berthoud entered the 2016 season with high expectations and the goal of winning the regional championship and qualifying for state. The Lady Spartans ultimately tied for the top of the TVC, no small feat considering the conference sent three teams to the 12-team state tournament.

Berthoud regularly made mincemeat out of the competition throughout the season. In 13 of the Lady Spartans 21 wins they did not allow their opponents to win even a single set. A big win on the road against ultimate state runner-up and TVC rival Holy Family in Sept. 6 gave Berthoud confidence they could play with any team in the state. After taking three of four games in the Golden Tournament to conclude the regular season, Berthoud drew eight-seed and hosting rights for regionals, but the three-team tournament to determine the state qualifier was moved to Mountain View High in Loveland as a result of the closure of BHS. In the championship match, Berthoud rallied after losing the first two sets to Mountain View to win their third regional championship in as many years. Unfortunately, the Lady Spartans were put into the state pool with No. 1-seed Lewis-Palmer, who swept Berthoud on the opening day en route to their third state championship in the last four seasons.

The players and Head Coach Daisha Agho spoke many times over the course of the season about the group’s excellent on- and off-court chemistry. A number of veteran players, including seniors Jessa Megenhardt and Shay Pierick, junior Julie Ward and sophomore Kailey Berry meshed very well with a contingent of four – Teagan Holmes, Trinity Penny, Cas Berry and Sophie Kathol – highly-talented freshman. Megenhardt and Ward were both named TVC All-Conference and CHSAA All-State Honorable Mentions, Megenhardt also took home CHSCA All-State honors and was named TVC Player of the Year while Pierick and Kailey Berry were named as All-Conference Honorable Mentions.