Who owns the mineral rights?

Mineral rights refers to the legal rights of landowners to the mineral resources located on or below their land; such as clay, gravel, natural gas, oil, coal, gold and silver.

But property owners don’t necessarily own the rights to those minerals just because they purchased the land.

When they do, they may be approached by oil and gas extraction companies with offers to purchase those rights.

There is oil under the ground in the Berthoud area.

It is necessary to submit an application to the county to obtain a permit to extract oil.  “They can’t extract it if people own it,” he said. 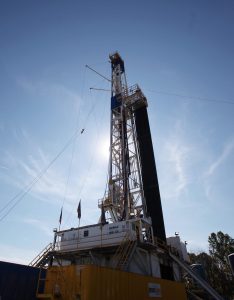 Next an application must be submitted to the Colorado Oil and Gas Conservation Commission (COGCC) for a permit to drill.

COGCC has the statutory (legal) authority and an obligation to regulate oil and gas development as necessary to protect the public health, safety and environment in Colorado. They are required to make sure development is “responsible,” although not all Coloradoans think they do an adequate job of that. There are many disputes between competing oil and environmental interests in Colorado, often resulting in lawsuits.

When COGCC receives an application for a permit to drill oil a public comment period begins as part of their review of the application. Members of the public and county officials express their opinions and concerns about the proposed project to COGCC, after which COGCC makes a decision.

Contracts for rights to oil involve something called pooling. This involves compensation for the landowners who sell their mineral rights. When not everyone involved agrees to sell their rights the extraction company may request that COGCC allow forced pooling, which may result in the loss of the ownership of the mineral rights of those who do not want to sell.

There is an enormous wealth of information on the COGCC website, https://cogcc.state.co.us/#/home to help people understand all this and more, including brochures on pooling, fracking and other subjects as well as a search engine that can be used to find permits and applications statewide.

The Colorado State Land Board also has an online map of all state-owned surface and mineral ownership records, leases and other special management areas at https://www.colorado.gov/pacific/statelandboard/look-land

Fracking is another highly contentious issue in Colorado. It has spawned many a lawsuit and continues to do so. Drilling applications have gone up 70 percent in 2018, as a boom in fracking combined with a boom in population, especially along the Front Range, increases conflict between the two groups.

Hydraulic fracturing (fracking) involves injecting millions of gallons of pressurized water, sand and chemicals into the ground to fracture underground rocks and shale beds to force openings that will result in the release of oil and/or gas.

Many Coloradoans have expressed concerns about the distance from their homes and local schools to fracking sites. An increase in the distance for projects near schools that was recently proposed has been approved by CGOCC.

“The proposal to increase setbacks for projects near schools was passed by the COGCC in December. Essentially new oil and gas sites will have to be 1,000 feet away from the school property line instead of the building itself,” said Travis Duncan of the Colorado State Department of Natural Resources.

Although many people are concerned about things like fracking and drilling for oil and gas, few understand the process or what they can do about it.

Newly elected State Attorney General Phil Weiser has consequently requested funding to provide an energy advisor from the attorney general’s office. The energy advisor will be available, hopefully after March 1, to meet with communities that are concerned about fracking and groups who have been approached by extraction companies wanting to purchase their mineral rights. He will help Coloradoans understand the process and what they can do, according to Lawrence Pacheco, public information officer for the State Attorney General’s office.

When the energy advisor is available, he can be invited to Berthoud. In the meantime here are some online articles that may be of help to those who are concerned about these issues: