The 2020 fall sports season looked somewhat different, to put it mildly, this year than in years past in light of the pandemic. Due to decisions made at the state, county and district level, seasons were shortened, rosters were limited, the looks and feel of events were different and two traditional fall sports – volleyball and boys soccer – had their seasons moved to the spring.

Yet, even with all the upheaval, Berthoud High student-athletes overcame a lot of obstacles and the five teams that competed this fall all had many moments of success and accomplishment. Below is a wrap-up of fall sports as well as our picks for the Player of the Year on each team. 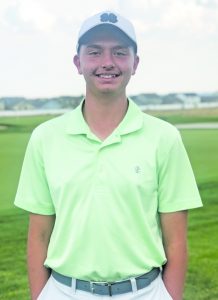 Because of the nature of the sport, the 2020 golf season looked the most similar to its previous iterations. In the second season under the leadership of Head Coach David Hunn, Berthoud saw record participation on the golf team as 16 young men, many of them freshman and sophomores, came out to play. The high turnout gave Hunn and assistant coaches John Perry and Paul Schumacher flexibility in crafting their varsity foursomes for each tournament while fielding a junior-varsity team and development events for a “C” team.

Over the course of the season, Berthoud saw the expected ups and downs in their scores but, to the player, the trend lines were positive. At the 3A regional championships, junior Christian Foxworth overcame a rocky start to finish with an 83 (43-40) to take 13th place in the 70-player field and earn a spot at the 3A State Championships, held in October at Dos Rios in Gunnison. Foxworth was the lone Berthoud golfer to qualify for state but Lochlan McNair carded an 86 (48-38) and received qualification as an alternate but did not ultimately compete at the state championships alongside Foxworth.

At state, Foxworth battled some nerves and unfamiliarity with the challenging course to shoot a 95 in the first round of the two-day, 36-hole event. Foxworth, however, steeled himself on Day Two, improving by a whopping 11 strokes to shoot an 84 and finish the week in a respectable 61st place.

Berthoud, as a team, saved their best for last, however, and won the R2-J Championship for the first time in school history. McNair led the way for the Spartans by carding a season-best 79 while senior Charlie Hoskins turned in his second-best round of the season by shooting an impressive 81. Foxworth turned in an 89, the same score as teammates Landon Kuntz and David Sarmiento. Coyle Hagerty shot 95 to round out of the six-man score for the team. Hunn remarked he was very impressed to see all six players turn in relatively strong rounds and by winning the district championship for the first in the 20-year history of the program will provide momentum and confidence as the team prepares for 2021.

It was another stellar year for the BHS cross-country teams as both the boys and girls team qualified for the 3A state meet and posted stellar top-10 finishes with boys finishing in ninth place and the girls in seventh. It was the first time in the history of the program that both teams took top-10 at state. 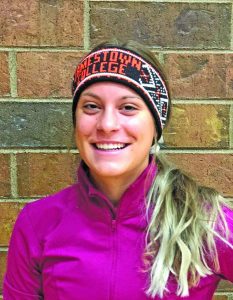 Head Coach Jordan Jennings’ squad routinely saw athletes of both genders at or near the front of the pack in each and every meet of the year. The team also got the opportunity to christen the newly laid track at Max Marr Stadium. 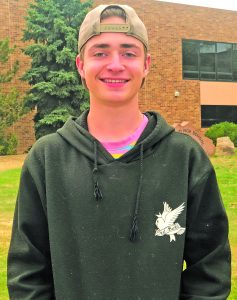 The girls team benefited from transfer student Olivia Kruger who brought her remarkable abilities down to the Lady Spartans squad after running the last two years for rival Thompson Valley. Krueger paced the girls team in virtually every race and at state finished in a team-best 14th place. Berthoud saw the emergence of Jaycee Williams who, despite being a freshman, was a pillar of strength and consistency for the team. Williams took 19th place at state to join Krueger on the All-State team. Senior Ellie Sundheim, who has been a mainstay of the team all four years of her high school career, left it all on the course in her final cross-country race, taking 24th at state and earning an All-State Honorable Mention award. Standout junior Ally Padilla battled a serious and nagging hip injury throughout the season but turned in a respectable showing at state by taking 41st place and contributing to the Lady Spartans’ stellar performance as did Josie Diffendaffer (75th place) and Gabby Hernandez (84th).

The Berthoud boys team had a somewhat steep hill to climb at state and several of team’s top runners did not get the opportunity to state the first wave of the meet, due to social distancing protocols which limited the number of athletes. Yet, the veteran Spartans knew how to manage and navigate the trek at the state meet and turned in a collectively terrific effort. Senior Eli Greenslit, who suffered from a serious Achilles injury throughout the season, led the Berthoud boys with a 38th-place finish and followed closely by Lane Pirkey (43rd place), Nick Williams (45th), Afton Cooper (62nd), Evan Torres (70th) and Wyatt Schmidle (72nd). Williams had been a model consistency for Berthoud throughout the season, topping team scores in three meets and turning in the best individual time of the season when he completed the 5K race at the regional championship in Greeley in an impressive 17:41.60.

The BHS football team had more upheaval due to pandemic protocols than any other team. Originally, football was scheduled to be played in the spring but the state allowed a variance that allowed for teams that so chose to begin practicing in mid-September and games began being played the first weekend in October. 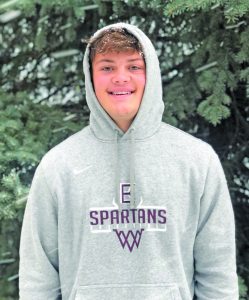 Berthoud got off to a stellar start to the season with a 47-0 drubbing of Alameda and, in their home opener played in frigid conditions after a nearly three-week layoff resulting from a COVID issue, the team won a thrilling 22-21 game over Brush that went into double overtime. The Spartans faced some stiff competition against top-ranked Resurrection Christian and Severance who got the best of Berthoud in both games. In what would result as their final game of the year, Berthoud took a lead into halftime over University but the Bulldogs rallied back, scoring 17 points in the second half and preventing the Spartans from adding any more. The final game of the season, where Berthoud was slated to host Thompson Valley this past Saturday, was canceled due to another COVID issue.

While the 2-3 finish in what a very bizarre season was not exactly what the Spartans had hoped for, in the second year under Head Coach Cory Ticnor, Berthoud made noticeable strides and proved to be a tough, feisty team. Senior linebackers and tight ends Cooper Hidalgo, who led Berthoud with 4.0 sacks and two touchdown receptions and was second on the team in tackles, receptions and receiving yards and Austin Burdette, who led the team in tackles and fumble recoveries, were forces on both sides of the ball in addition to being team captains. Senior Shawn Phipps played multiple positions throughout the year on both offense and defense and finished the year with a team-high-five forced fumbles. Junior wide receiver Jayden Hedelius had a breakout season and paced the team with 28 receptions for 273 yards in just five games.

This fall, the BHS softball team featured a roster that was heavy on youth and light on varsity experience but, as Head Coach Buddy Kouns remarked throughout the season, 2020 was a “year to grow” and the team unquestionably grew and improved over the course of the year.

Berthoud did have two players – sophomore shortstop Gracie Flores and senior outfielder Ellie Yuska – who did bring a lot of experience to the squad and both shined throughout the year, earning All-State Honorable Mention honors. Yuska was also selected All-State by the Colorado Coaches of Girls Sports organization. 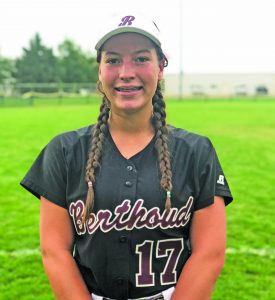 Berthoud did see some breakout performances from several underclassmen including freshman pitcher Cemryn Pickett, who started every game in the circle for Berthoud. Pickett did have some understandable ups and downs in close to 60 innings of work but there was far more good than bad, including a shutout of a Niwot in the season opener, a one-hitter against district rival Thompson Valley and a 10-strikeout showing against conference newcomer Northridge. Fellow freshman C.C. Chiaravalle also pitched regularly for Berthoud and also proved to be a dangerous hitter, finishing the year with 10 extra-base hits including a grand-slam and six-RBI day in her first game in a Berthoud uniform. 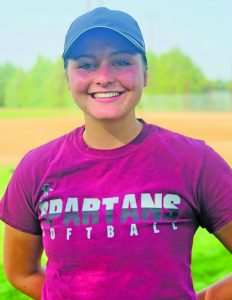 Berthoud finished the year with an even 8-8 record and the No. 24 rank in 4A RPI. In an ordinary year, this would have gotten Berthoud a spot in the regional tournament and a chance to compete for the state championship but the season was shortened and regionals were not held, costing Berthoud a chance for their young team to gain some postseason experience.

Yet, even without a chance to play for all the marbles, the Lady Spartans had a year in which the goals of making steady improvements and preparing for what appears to be a very bright future were achieved.