Nominations for the 2019 Oscars were recently announced and, while we will soon celebrate the best in Hollywood from the past year, it is also not too early to start looking forward.

The past year in Hollywood was a significant rebound from the year prior and, based on the early hype, 2019 could represent an even better 12 months. The most-anticipated movies are once again dominated by superhero epics (both sequels and new franchises), though there is a little of something for everyone as well. 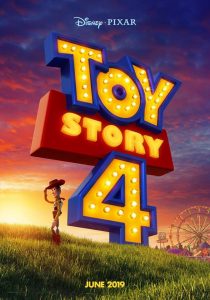 “Captain Marvel” will arrive sooner than later, as movie releases are always subject to change this far in advance but, with a proposed early-March release date, it could debut before you know it. The new superhero franchise based on the Marvel character Carol Danvers will star Brie Larson and Samuel L. Jackson. “Captain Marvel” is looking to follow in the footsteps of “Wonder Woman” by featuring a female-lead superhero.

For those of you who feel superhero movies take themselves a little too seriously, but aren’t a huge fan of the crude humor of “Deadpool,” you’ll appreciate the new DC Comics “Shazam!.” The comedy- movie is based on the comic of the same name about a 14-year-old foster kid turned adult superhero.

The hot trend with Disney right now is to make live-action reenactments of their famous animated classics, so it’s finally time to make way for “Aladdin.” Considered by many to be one of Disney’s finest family movies, the live-action version will feature Mena Massoud, Naomi Scott and Will Smith. Excited? You will have to wait until early summer for this surefire box-office blockbuster.

Interesting enough, the fourth “Avengers” installment is now scheduled to be released in only a few months but has yet to get a proper title as well as no movie trailer or plot summary. Is Marvel trying to keep fanatics in suspense? I don’t know but, if the fourth installment can do anything like “Avengers: Infinity War,” then brace for an instant classic.

In any other year “Star Wars Episode IX” wasn’t being released, “Toy Story 4” would probably be the most-anticipated release of the year. I would say that is a sign of good things to come when two releases capable of having the king’s throne are competing in the same year. This movie sells itself: It’s Pixar, and it’s “Toy Story.” June 2019 cannot come quick enough.

If you notice a trend, it’s that Marvel factors to profit handsomely in 2019. Along with the fourth “Avengers,” we will also get a new “Spider-Man” for a scheduled July 4 weekend release. Tom Holland returns as the lead character in what has become a revolving door of different Peter Parker’s over the last two decades.

“Aladdin” isn’t the only live-action remake of a Disney classic arriving later this year. “Lion King,” perhaps the most famous Disney film of them all, will get a live-action version mid-summer. As you would imagine, the film already has tremendous anticipation, so the question is, will a live-action remake live up to the classic original story. The cast is an eclectic bunch ranging from Beyonce to James Earl Jones to Seth Rogen and Donald Glover.

“Once Upon a Time in Hollywood”

If it seems like it has been awhile since cult-favorite writer-director Quentin Tarantino made a film, it’s because it kind of has. Tarantino hasn’t released anything since 2015’s “The Hateful Eight,” which is somewhat of a hiatus for a director who is known for churning out classic after classic. “Once Upon a Time in Hollywood” has the makings of a really good Tarantino film; with Leonardo DiCaprio, Brad Pitt, Margot Robbie and Al Pacino on board with a fictional story based around the time of the Manson family murders in Los Angeles.

Audiences don’t have many details yet about the new DC Comics release of everyone’s favorite Batman villain, but the yet-to-be-titled Joker release has Joaquin Phoenix on board. He’s got big shoes to fill after Heath Ledger, but it should be good – very good.

One of the best animated musicals known to families will get a much-anticipated sequel that took six years to put together after the original. As history often proves, waiting instead of forcing a sequel is usually a good thing. “Frozen 2” won’t arrive until late-2019, however.

“Star Wars Episode IX” is the most-anticipated movie of the year and will fittingly close out a decade with a scheduled Christmas 2019 release. The final chapter in the new “Star Wars” trilogy will include Mark Hamill, along with the late-Carrie Fisher, as well as the new stars of the franchise – Adam Driver and Daisy Ridley.