On Sept. 25, 2018, at approximately 7:01 p.m., the Larimer County Sheriff’s Office (LCSO) received reports of a shooting in the 2500 block of Clayton Place in Berthoud / unincorporated Larimer County.

Deputies learned a 44-year-old Johnstown man was inside a building when a bullet entered the building and struck the man, grazing him in the upper torso causing minor injuries. The man refused medical treatment.

As a precautionary measure, additional deputies from LCSO, as well as Loveland Police responded. During the investigation, LCSO received a report of people target shooting in the area at the time of the incident. Two persons of interest have been identified and investigators will screen the case with the district attorney’s office for any allegations of criminal charges.

There is no known threat to the public and no further information will be released at this time as the investigation is ongoing.

Anyone with information regarding this incident or any crime is asked to call Larimer County Sheriff’s Office at 970-416-1985 or Crime Stoppers at 970-221-6868, where you will remain anonymous and possibly be eligible for a cash reward. 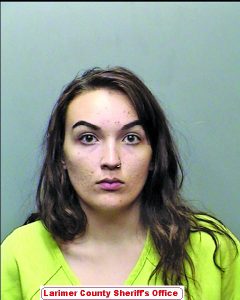 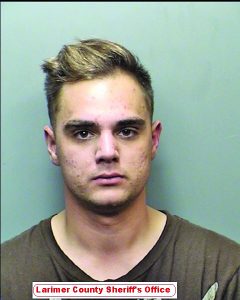 In early August, LCSO deputies responded to reports of multiple vehicle trespasses in the Heron Point neighborhood of Berthoud. They learned 23 unlocked vehicles and one unsecured garage were illegally entered during the nighttime hours between Aug. 2 and Aug. 3. Property stolen included; credit cards, backpacks, purses, small electronic devices, money, identification documents, and other miscellaneous items. In all, just under $3,000 in property was lost. Stolen credit cards were later used at retail stores in Fort Collins.

LCSO investigators also learned eight unlocked vehicles were illegally entered during the nighttime hours in the Fairway West and Vanguard-Famleco neighborhoods of Loveland between July 26 and Aug. 1, 2018. Property stolen included; credit cards, firearms, and other miscellaneous items. The credit cards were later used at retail stores in Fort Collins.

Surveillance videos, social media, and information sharing with the Loveland Police Department led LCSO investigators to Fort Collins residents Ryan Mark Holbrook (05/19/1996) and Alison Irene Steeley (01/22/1998) as suspects in the Berthoud and Loveland cases. They were arrested on Sept. 19, 2018, and booked into the Larimer County Jail.