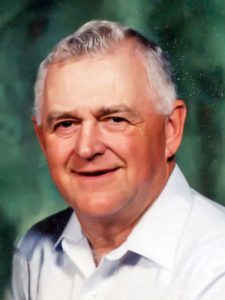 Tom graduated from Boulder High School, where he was a wrestler, in 1958. He was a carpenter and built many houses with his dad in Boulder. He also worked at Gapter Excavating as a backhoe operator for 32 years and Thompson School District in Loveland for 10 years.

He married the love of his life, Judy Jones, on June 28, 1959, and has been married for 56 years. They moved from Boulder to Berthoud in 1974 where they built an amazing life with their three children. He loved the outdoors. Camping, fishing and four-wheeling were among of his favorite things to do with his family, and was he always looking to catch the biggest fish. He also loved the Broncos and would never miss a game.

Celebration of his life will take place on Friday, Jan. 22, at the Berthoud Community Center, 248 Welch Ave, Berthoud, Colo., at 1 p.m.