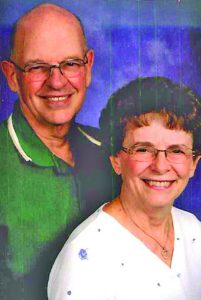 Larry and Linda Wrenn will celebrate their 50th wedding anniversary with family and friends at Berthoud United Methodist Church at 11:30 a.m. on Sunday, Sept. 17. Food will be served.

The couple met during childhood and dated throughout high school. They were married on Aug. 12, 1967, in Garden Grove, Calif., the city where they were both raised. Larry was drafted into the Marine 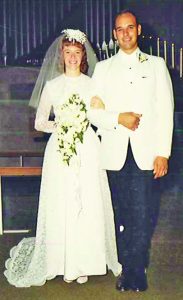 Corp shortly thereafter and served in Vietnam during 1969 and 1970. Upon returning, he started a career as a diesel mechanic for International Harvester, a corporation he continued to work for in a variety of management positions until his retirement in 2011.

Linda has always worked in positions that allowed their three children, and now their six grandchildren, to be a top priority, including time as a preschool teacher, in food services, and the development of her own seamstress business.

Following Larry’s initial military service, the couple remained in Southern California until 1978 when they moved to the Bay Area. They enjoyed living there until 1985 when the family moved to Poway, a San Diego suburb.

Finally, in 1995 a strong desire to live near our beautiful mountains brought them to their current home in Berthoud. Their children are each married and raising families of their own in Colorado Springs, Windsor and San Diego, respectively.

Larry and Linda enjoy traveling, spending time at their mountain cabin, watching their six grandchildren grow up, and are involved in  many activities with their church family.