Net Neutrality and what it means for you

UPDATE: Early Thursday afternoon, Dec. 14 the FCC voted to end Net Neutrality. The proceedings were interrupted shortly before the decision was announced as a potential security threat was brought to the board room’s attention. The space was evacuated and law enforcement accompanied by dogs swept the room. The area was cleared for those in attendance to return and the proceedings continued. FCC Chairman Ajit Pai made a statement about the decision that further elaborated on why he felt the change back to how the internet functioned between 1996-2015 was necessary. “There is no evidence that justifies heavily regulating ISPs…returning to the legal framework from 1996 will not destroy the internet,” he said. He continued with acknowledging the “apocalyptic rhetoric” of those opposed to ending the regulations stating they were misinformed and insisted deregulation would result in innovation and increased bandwidth that could be a catalyst for practical life-changing technology that has yet to be invented. He also mentioned that the FCC will now be reviewing ISPs practices on consumer’s behalf which he says will lead to a greater level of transparency than currently exist. Pai mentioned that content providers increasingly are blocking content they don’t agree with and there is currently no insight or transparency on how or why those decisions are made. Pai stated this new approach will expose those type of practices as the Federal Trade Commission and the FCC under these new orders will coordinate an online consumer protection effort. 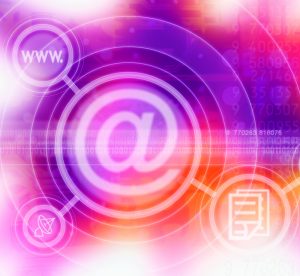 The Federal Communications Commission (FCC) will vote on whether to repeal or keep Net Neutrality on Thursday. This decision will directly affect Internet Service Providers (ISPs) and will inevitably trickle down to consumers and content distributors alike.  It’s complicated, and there are two sides to every story, but it comes down to whether the federal government heavily regulating a product is helpful or has caused stagnation in investments and what ISPs are providing to all communities. The result of the decision could lead to the internet either being treated like a phone service, where you call who you want when you want for a fee, as it is now, or like a cable-service provider, where there is potentially a variety of packages and options to choose from in a tiered manner with providers being forced to compete for your business.

Net Neutrality regulations were designed and implemented in 2015 by the Obama administration. Prior to that, the internet had functioned under the same non-regulated framework for nearly 20 years, established by the Clinton administration. Net Neutrality placed federal regulations on ISPs which mandated consumers could not be forced to pay added fees to access certain internet content or that these companies could favor certain content by doing things like slowing download speeds to certain content that didn’t benefit them.

Regardless of where data comes from or who it is going to, ISPs have to treat all legal internet data the same. So, for example, currently you pay one fee to companies like Xfinity or AT&T for internet access. By repealing Net Neutrality those companies could now offer tiered rates similar to cable companies, where, for instance, you could pay more for the ability to stream music and movies or access social media sites. In other words, to have full, uncompromised access to everything the internet has to offer, it may come down to how much you are willing to pay.

Several instances of ISPs restricting content can be found in the past several years. From Verizon blocking Google Wallet up until 2011 to AT&T blocking Skype from iPhones up until 2009, there are many examples of what opponents to ending Net Neutrality say it could result in. Comcast reduced download speeds for Netflix in 2014 until Netflix agreed to pay them higher rates. To further complicated matter ISPs are becoming content providers themselves. For example, Comcast owns NBC Universal and the USA Network. AT&T owns Time Warner; so CNN, Cinemax, HBO, WB and TNT are all one giant conglomerate. If the regulations are changed this could easily open the door for internet providers picking and choosing what information individuals are allowed to see, or increasing prices to have access to all of the information out there on the web.

Opponents of dropping Net Neutrality feel the narrower the gateway information has to go through to get to consumers the less variety of information they will receive. Varied sources of information, they feel, will be a thing of the past. By increasing the amount of money people have to pay for access to everything online, it could reduce who does and who doesn’t have access to information.

On the other hand, FCC chairman Ajit Pai, who has been a strong proponent of eliminating the regulations, says by the government micromanaging the internet they have discouraged ISPs from making investments in their networks to provide better and faster online access to underserved areas and populations, and innovation has become stagnant in this area much like phone service was before it was deregulated.

In an interview on Fox Business, Pai said, “Working with my colleagues, I look forward to returning to the light-touch, market-based framework that unleashed the digital revolution and benefited consumers here and around the world.” He continued to explain that prior to these regulations the internet flourished, with the private sector investing more than $1 trillion to build communications networks in the United States. Simply put, without heavy-handed regulations smaller businesses that want to attempt to, for example reach rural and low-income areas, will now be able to develop start-ups, because with the regulations they found it impossible to develop businesses simply because they didn’t have the resources to comply with those regulations.

Going back to the cable television example, companies like Netflix and Hulu have developed and thrived, as people are looking for more affordable options than cable packages with hundreds of channels you never watch. These companies were forced to compete with cable and had an incentive to get creative with what they were providing – if all cable providers and online streaming services were regulated to have the exact same content available to everyone, the thought is it wouldn’t produce innovation.

Proponents insist even if ISPs start doing things like bundling services and charging more to access or stream certain content, they will be forced to compete among themselves to provide superior service and options. From a business standpoint, antagonizing customers will end up leading to a hemorrhage of their customer base, so most likely the more extreme version of what losing Net Neutrality will mean might never come to fruition.

The world will certainly not come to an end if Net Neutrality is nixed but there could be some changes coming to how we utilize this technology in the not so distant future.