Mosquito testing results for the month of July

The results from the most recent mosquito trap tests, week 30 of the West Nile virus surveillance, are in and show a dramatic difference from the previous week.

According to an email from Gregory D. Ebel, a professor and director of the lab responsible for the testing at Colorado State University, “Abundance and VI (vector index) were down sharply in Berthoud.” The estimated results show a VI of 0.00 as there were no traps that were positive for West Nile Virus (WNV) in combination with “very few” mosquitoes. The mean abundance of Culex mosquitoes, those responsible for carrying WNV, totaled 6.75, down from 101.75 the previous week. For those that tested positive for WNV, the previous weeks averages, per 1000 female mosquitoes, went from 7.18 during week 28 to the current 0.00. 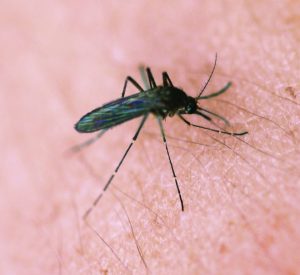 According to the Town of Berthoud’s monthly report, Colorado State University tested 571 sample pools of mosquitoes during the month of July from traps set in Larimer County, including those in Berthoud. Twenty-three of the samples tested positive for WNV compared to only eight in 2016 and nine in 2015. Fort Collin’s collected 13 of those pools testing positive for WNV, Berthoud had seven pools and Loveland had three. Around 25 percent of the total mosquitoes trapped in 2016 were of the Culex variety.

The effort to expand the larvaciding program by the town has included increasing site inspections as well as treatment. Last year technicians performed 59 site inspections during the month of July which resulted in 17.2 acres being treated with Vectobac as well as BVA mineral oil which prevents larvae from emerging as adults. This year that number has increased to 113 inspections with 41.4 acres in the month of July being treated.

Due to above average temperatures and minimal rainfall, overall larval counts spiked during the month of July. This is partially due to increases in flood irrigation, overwatering of lawns, stagnant ditches, and other artificial habitats that provide optimal conditions for larva to mature in.