Grandparents raising grandchildren — certainly is not what Don and Chris Gishel expected. 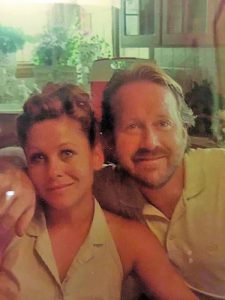 In 2013 their daughter-in-law, who was 25 at the time, died, and Chris and her husband Don took over the care of their two grandsons — they have two children and six grandchildren. They wanted to focus on caring for the boys, now ages 11 and 8.
“We rearranged our schedules and business interests so we could focus our attention on them,” Chris said. “We felt our responsibilities lay with our grandsons. All the extra-curriculars in our lives had to go.”
So they sold her shop, Simply Shabulous, in July 2014 to City Star Brewery, which wanted to expand, and the inventory to the owners of a Northern Colorado consignment shop.
This year the Gischels decided to pick up some of the activities they once enjoyed.
This year Chris started missing having a place to display and present the finds from her antiquing hobby. So she reopened the shop in May with the same name, but in a different location, at 347 Massachusetts Ave. in downtown Berthoud.
“It’s a mixture of shabby or shabby chic and fabulous,” Chris said, referring to the shop’s name.
Chris, who considers her antiquing and shop a hobby, found a space smaller than the original but still in downtown. She decided to open the shop three days a week instead of four, Thursday through Saturday, so she still has that time to spend with her grandsons.“It is joyous and heartbreaking all at the same time. Our hope would be that we could be just their grandparents,” Chris said. “Nothing was a true sacrifice.”
Whether or not Berthoud resident Chris Gischel had a shop, she’s sold her vintage and antiques for the past three decades. 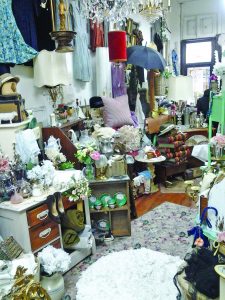 Chris originally opened Simply Shabulous at 315 Mountain Ave. in 2011 and operated it Wednesday through Sunday.
Chris also does the books for DRG Enterprise, LLC, which she and Don co-own to support their family. Since 1993 they have owned and managed real estate, including two mobile home parks in Nebraska, one in Kansas, and one in Alabama, and a 101-unit storage facility in Nebraska.
“It’s nice for me, because I’m a jack of all trades,” Don said. “We worked for other people most of our lives, and we said it’s better to work smart than hard.”
When their children were young the Gischels both worked full-time jobs and were tired of paying someone else to raise their children. So they decided to go into business for themselves.
“We dove into the entrepreneurial spirit, and we’ve been doing it ever since,” Chris said. “It’s wonderful, because our children have the ability to be part of that, and they’ve learned so much about business because of it.”
The Gischels owned a pizzeria while their children were in high school, with the sole purpose of giving them jobs. They called their business, which they owned from 2004-2007, J.J. Dapapa’s, and have since sold it.
“At the time there weren’t many places for teenagers to work, and we kept them employed through high school,” Chris said.
Chris and Don also have owned different antique shops over the years.
“We’ve had our hands in a lot of different things,” she commented. “My antique shop is just a hobby for me.”
At age 18 Chris purchased her first antique and went into business as a dealer when she was 21. She and Don opened Cobblestone Antiques 19 years ago on Mountain Avenue in Berthoud, which Chris operated for two years. She also was part of an antiques cooperative in Fort Collins for three years. Between her brick-and-mortar locations, she sold items out of her home and at antique and vintage shows.
“It’s such a passion for me, I’ve always found a way to keep it a part of my life,” Chris said. “There was a craft to everything. There was a quality and pride that went into things that we don’t see now.”
Chris retained much of the same type of inventory and merchandise when she reopened Simply Shabulous the second time.
“There’s not much difference. It’s pretty much the same shop in a different location,” she said.
Chris specializes in vintage furniture, clothing, hats, linens, silver and lighting, focusing on the decades of the 1920s to the 1950s. She sells mainly farm chic, shabby chic and industrial chic. Shabby chic is stylish with signs of age and wear and tear, while farm chic is more primitive and will have paint chipped off with raw wood showing.
“I would say my specialty is the feminine side of history,” Chris said. “You’re not going to find a lot of army collectibles in here. It’s more the soft side.”
Chris’s customers tell her they like how she displays her items.
“One of the biggest comments I hear is, when people walk in here, how beautifully everything is displayed,” she said.
B.J. Bell of Loveland, a regular customer, comes in to the shop to see the displays.
“Chris, the owner, is so knowledgeable about her items, her hats, her purses, the little knickknacks, anything, she knows the history of it,” Bell said. “It’s so wonderful to go in that shop. It’s a delightful shop.”
Chris refinishes and restores some of the furniture she finds. “I love transforming items from age and useless to beautiful and useful,” she said.
Chris also does architectural repurposing of furniture and takes pieces and parts of furniture and other items to build new pieces, designing her ideas and handing the drafts to Don to do the assembly and building.
She and Don have taken her passion for old things to remodeling their home, originally a Victorian ranch they tripled in size to a three-story home. They couldn’t afford to buy a large Victorian home, so they crafted their own, expanding a three-bedroom, one-bath house into six bedrooms and four bathrooms.
The Gischels started their work in 1997 and finished it in 2004, and four years ago they added a backyard playhouse, that matches the main house, for their grandchildren.
“We tried very hard to use antique architectural items in the house,” Chris said.
Simply Shabulous can be reached at 970-218-0005 for questions, to offer items to sell, and to get help with appraisals.
“It comes from her heart. She loves what she does,” Don said about the shop.