Colorado primary ballots will soon be arriving in the mail 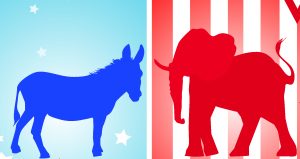 Coloradans are gearing up for the June 26 primaries and are set to vote for the candidates they want to see on the ballot this November. Open positions include all seven of the state’s seats in the U.S. House of Representatives, governor and lieutenant governor, attorney general, secretary of state, and state legislative seats.

Larimer County offices that will appear on the ballot are commissioner for District I, which occupies the northern portions of Larimer County – Berthoud is in District III, clerk and recorder, treasurer and assessor. The sheriff, county surveyor and county coroner are all currently held by Republicans and are not being opposed.

At the federal level, one notable race will be for the seat left open by Jared Polis (D), who is currently campaigning for the gubernatorial race. Polis has held his congressional seat for District II since 2009. District II encompasses the town of Berthoud all the way to the northwestern suburbs of Denver, Boulder, Northglenn, Thornton and Westminster, and mountain towns like Vail and Grand Lake. Two Democrats, Joe Neguse and Mark Williams, are vying for the opportunity to run against Republican candidate Peter Yu during the primary. Neguse is a Front Range attorney whose parents immigrated to the U.S. from Africa. He was elected as CU Regent while still in law school. Williams, a veteran of the first Gulf War who grew up in Latin America, is an entrepreneur who accumulated almost 2000 signatures by going the petition route to get on the primary ballot. Williams is seen as an underdog in the race, as Neguse was placed on the ballot at the state assembly. Yu, who is a Colorado native, is also a first-generation citizen whose parents immigrated to the U.S. Professionally he has been involved in the service industry, tourism, marketing and the mortgage business.

The pool of candidates for the governor’s office is full. For the Democrats; Cary Kennedy, Jared Polis, Donna Lynne and Mike Johnston will all appear on the primary ballot. For Republicans; Walker Stapleton, Greg Lopez, Doug Robinson and Victor Mitchell have thrown in their hats. This race is considered by many to be crucial for the future of Colorado, as the winner of this election will be involved in the state’s redistricting process following the 2020 Census. Under Colorado state law, the state legislature is responsible for drawing new maps for U.S. House seats following the completion of the census. The governor has the power to veto these district map proposals. It will also act as a litmus for the 2020 elections and whether Colorado is heading toward becoming a blue state or remaining purple.

The state treasurer’s office will also have multiple candidates from which to choose. Democrats have Dave Young and Bernard Douthit, while Republicans have three candidates to decide on, Justin Everett, Polly Lawrence and Brian Watson.

For the first time in Colorado, unaffiliated voters will also be able to take part in the primaries. Thanks to propositions 107 and 108, which appeared on the 2016 ballot and passed. Prior to the ballot measure passing, only registered Democrats or Republicans were eligible to participate by voting for their respective parties’ primary candidates. The only caveat to unaffiliated voters casting a primary vote is, it must be for one political party. Unaffiliated voters should receive both a Republican and Democrat ballot in the mail, but again, only one party’s candidates can be voted for.

According to Larimer County Clerk Angela Myers, ballots will go out on June 4 across the state – if you haven’t received your ballot by June 11 Myers suggests calling the election office at 970-498-7820 or by visiting votelarimer.org. Prior to that, sample ballots with all of the candidates are available for both parties on the Larimer County clerk’s website.

Your ballot must be received by June 26 at 7 p.m. on Election Day. The ballot cannot be post-marked on that date to be counted; it must be received by that date and time. Ballots can be mailed or dropped off at various locations, including voter service and polling centers, 24-hour drop boxes, or mailed. Visit larimer.org/clerk/elections/voting-locations for the list of drop-off locations.

If you have not yet registered to vote you can do so by visiting the Colorado Secretary of State’s website at sos.state.co.us.