By Amber McIver-Traywick
The Surveyor

Closing arguments for the prosecution and defense were given Tuesday morning in the trial of Tanner Flores, the Berthoud teen accused of murdering his ex-girlfriend Ashley Doolittle in June of 2016. 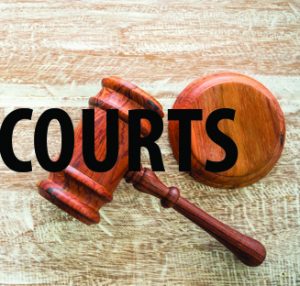 The courtroom was standing room only as the prosecution and defense painted two different pictures of the final days of Doolittle’s life and the man who ultimately would end it.

Larimer County District Attorney Cliff Riedel then gave the example of if a child has flushed cheeks, is lethargic and feels warm to the touch you would assume they have a fever even without the proof of a reading from a thermometer and he said a parent, “wouldn’t hesitate to act” giving the child medicine for that fever alluding to deduction from the facts presented in the case.

Much of what the prosecution presented throughout the trial were facts and testimony from witnesses that attempted to prove that Flores had planned to shoot Doolittle making it premeditated, which is one of the main deciding factors between first-degree and second-degree murder, resulting in drastically different sentences.

Prosecution replayed video recorded interview segments Flores had given to investigator Danny Norris the day after the murder took place. In the clips Flores was shown saying he had shot Doolittle in the head and when she began to “twitch” and “freak out”, he shot her again to make sure she was “out and done for.” They also showed Flores agreeing that it was wrong to shoot Doolittle and that if he had sought help after the first shot, she may have lived. He also admitted to being mad at Doolittle.

It was also stated throughout the trial and in closing that at one point shortly before the shooting took place, while the two were together between Lon Hagler reservoir and Carter Lake in Flores’ truck, Doolittle had attempted to get out and walk back to her car at Lon Hagler but Flores put the truck in motion preventing her from doing so just minutes before shooting her. This encounter is what the prosecution believes would meet the qualifications for the additional kidnapping charges along with claiming she may have never agreed to get into Flores vehicle in the first place. The defense disputes the kidnapping charges by saying the two had agreed via text to meet each other that afternoon and it was consensual the whole time.

Defense attorney Daniel Jasinksi claimed in closing statements, and reiterated multiple times, that the shooting itself was not in dispute and that Flores himself had testified on the stand to shooting Doolittle but that it was a matter of his, “body acting faster than his mind.” The defense claiming there was no evidence as a whole that showed there was a deliberate plan to kill Doolittle beforehand, reminding the jury that in the recorded interview, as well as in his statements on the stand, Flores claimed to not know why or fully recollect shooting Doolittle three times.

The defense continued saying it was a, “hasty, impulsive and unplanned act,” and that Flores was, “a confused and heartbroken young man,” and “completely consumed by emotion and confusion,” by the on-again-off-again nature of he and Doolittle’s relationship which resulted in him shooting her three times.

When the defense presented their rebuttal the final piece of there argument fell into place as Reidel suggested the theory that Flores had actually planned a murder and suicide. This, according to the defense, explained why Flores’ actions after the shooting were not planned or well thought out when he drove her body to the western slope nearly five-hours away still in the front seat of his truck – he wasn’t planning on being alive. Reidel said that after Doolittle confirmed she wanted to end the relationship and see other people Flores shot her but seeing how Doolittle had suffered after being shot and not immediately dying, as Flores had stated he thought would happen when someone was shot in the head, that he “lost his nerve” to turn the gun on himself. This theory was also supported by several text messages Flores had sent in the days leading up to the murder that included statements like, “I’m so lost and miserable I want to die,” and “I’ll never be (okay) in his lifetime I promise that.”

Judge Greg Lammons read through a series of instructions to the jurors which included instructions to not show, “sympathy, bias or prejudice” in their decision making process. The burden, it was explained again to the jury, was firmly on the prosecution to prove all elements of the accusations “beyond a reasonable doubt” with “fair and rational consideration.”

Around 4:30 p.m. after the jury had been deliberating for several hours the defense and prosecution were alerted that the jury had a question pertaining to the definition of kidnapping. Both sides agreed that the definition had been given to the jurors in a packet of information they were given as they entered deliberation so no further details would be required. The judge would then make those explanations to the jury.

The jurors will reconvene on Wednesday morning to continue deliberating.