Arrest made after car pursuit in Berthoud

On Wednesday morning, 8/1/18, at about 8 a.m., the Larimer County Sheriff’s Office received a report of a stolen pickup truck in Berthoud. Just over an hour later, deputies located the vehicle near Lonetree Drive and County Road 14. The truck accelerated rapidly away from deputies, who pursued it at speeds of over 95 miles per hour until the truck crossed a red light at Highway 287 and deputies discontinue 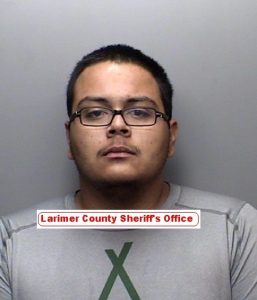 d the pursuit for safety.

During the three minutes deputies were pursuing the stolen truck, the driver crossed into the on-coming traffic lane directly at an approaching deputy and forcing the deputy to leave the roadway to avoid a head-on collision. About thirty minutes after the pursuit was discontinued, the truck was found abandoned in a field near the Weld and Larimer county line.

The Weld County Sheriff’s Office assisted in locating the vehicle after responding to the pursuit.

On Thursday morning, 8/2/18, at about 9 a.m., deputies arrested Devon Turner, DOB: 10/27/98, without incident in the 100-block of North 5th Street in Berthoud. Turner had been identified by various evidential items in and around the truck on Wednesday. Turner was booked into the Larimer County Jail.