Speeding: County Road 14 and Lissa Drive, a vehicle driven by an 18-year-old woman was ticketed for zooming 60 mph in a posted, with flashing yellow lights, 20 mph school zone. Also charged for flying without a pilot’s license.

Harassment: California and Berthoud, Larimer County Sheriff’s Office gets a call once a week, from a man who lives in California, to do a welfare check on his kids who live with their mom who he says abuses them. The kids and mom were fine and safe every time we went out there. Deputy told Mr. California we would not be going to do a welfare check at this time since there was no cause for us to do so. Mr. California advised he had no concerns that his wife would hurt the kids and no concerns that the kids were in danger. The only reason was to harass his ex-wife. 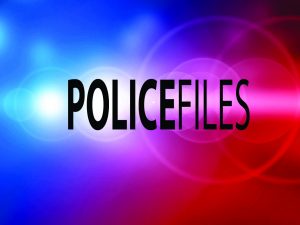 Possession schedule I / warrant: Berthoud Town Hall, a man came to town hall to turn himself in on a misdemeanor warrant.  He was surprised to find out he could not bond from town hall. He was even more surprised when he got charged with a felony because he had heroin in his wallet when it was emptied out by jail staff. His response – I forgot it was in there.

Reckless driving and criminal mischief: Mountain and First Street, a male was driving recklessly around reporting person, then pulled up behind him at the roundabout and a white male got out of his car, scratched the informant’s truck with possibly a knife. And now his truck is damaged.
Wednesday, Jan. 30

Theft: Wilfred Road, reported he was scammed by someone claiming to be a Federal Grant Organization. He has lost around $10,000 to them since October 2018. Still under investigation.

Mental health: Urban Place, a man called in a welfare check on his wife after a verbal argument between them which resulted in her shutting herself in a closet.

Aggravated motor vehicle theft X2 / warrant X3: Rancho Way, a 16-year-old Berthoud boy was contacted at this location in connection with the stolen vehicle earlier. Taken to the HUB and charged.

Lost/stolen license plate: E. Highway 56, a resident reported the license plate either fell off her vehicle or it was stolen somewhere between Berthoud and Bennett, Colo.

Driving under the influence of drugs: Mountain Avenue, a 27-year-old man was contacted for “huffing” compressed air gas duster cans in his vehicle in the parking lot. When he was contacted he was asleep in the driver’s seat of the vehicle while the vehicle was running and the gear shift was between drive and neutral. He was arrested for DUI.

Second degree kidnapping: Meadowlark Drive, a woman was working when a customer asked for a ride to his car down the road because he claimed it ran out of gas. He drove the employee’s car with her in the passenger seat. He continued to drive out of town while she wanted him to stop and let her out. He stopped somewhere in Longmont and put her phone in a mailbox so the government could not track him. They made it to the Sheridan Hotel in Denver, and he walked into a large ball room full of high school cheerleaders and told them he had a gun and was not going to leave until 7 News arrived. He was taken into custody by Denver PD, and he was armed. Investigations notified and is an ongoing investigation.

Suspicious circumstances: Sixth Street and Turner Avenue, two 10-year-old boys reported seeing a small black SUV stop in the area and the passenger, a tall white male with grey hair wearing all black and a fedora, got out while holding a briefcase and a gun.

Stolen vehicle recovery / follow up: Seventh Street, both stolen vehicles were recovered from this case. Over the last three days three juveniles were taken into custody and were booked at Platte.

Vehicle crash: Ten Gallon Drive, two residents were backing out at the same time and ran into each other.