The criminal investigation surrounding officers exchanging gunfire with a suspected drunk driver in Berthoud has been completed. The findings released in a statement from the Eighth Judicial District Attorney Gordon McLaughlin cleared deputies involved in the incident and stated that the officers abided by Colorado law in their response.

Around 10 p.m. Wednesday, July 28 Larimer County Sheriff’s Office responded to a report of a possible drunk driver in Berthoud. Approximately 10 minutes later, after pulling the vehicle over the driver and deputies exchanged gunfire at Second Street and Welch Avenue. 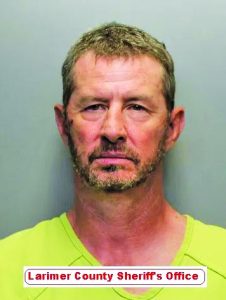 No officers were injured but the man driving the vehicle, Erik Locker, 51,  was shot in the shoulder sustaining non-life-threatening injuries.

McLaughlin said in the decision that among other evidence body-worn camera video was collected and reviewed from all involved deputies. The video showed that, “Deputies spent considerable time using verbal techniques in an attempt to resolve the situation without use of force,” and that deputies continued to give verbal commands to Locker for seven and a half minutes until, “Mr. Locker fired a single round in the direction of the four deputies on scene.”

The video footage also showed multiple civilian vehicles and at least one pedestrian passed through the area during the incident.

Two of the four deputies on the scene returned fire shooting 1 round from a rifle and seven rounds from a handgun. Deputies ceased fire after they observed Locker had desisted. The statement says Locker eventually dropped the weapon out of his window and exited the vehicle but continued to ignore commands from the officers leading one officer to deploy his taser which allowed officers to take him into custody.

In the statement clearing the deputies, McLaughlin said that after Locker fired on the deputies that they, “faced a clear and imminent threat to their own lives, the lives of their fellow deputies, and the safety of civilians in the vicinity,” legally justifying their use of force.

The statement also said that the deputies followed the law by “using only the degree of force which was consistent to minimize harm and rendering prompt medical assistance.”

McLaughlin’s clearing of the deputies comes after a month-long investigation by CIRT.

The criminal case against Locker is ongoing and McLaughlin states in the decision that all contentions against him in the letter are merely allegations as he remains innocent of all charges unless and until proven guilty. Locker is charged with 6 felony charges including criminal attempt to commit murder, menacing and violation of bail bond conditions as well as 2 misdemeanors and 2 traffic violations.