Guaranty Bancorp, the parent company of Guaranty Bank, has been acquired by Independent Bank of McKinney, Texas, in a $1 billion deal that would grow the company’s presence in the state, while Congress has moved to loosen oversight for financial institutions of its size.

Independent has been acquiring smaller firms in Texas, and in Colorado, as the bank has seen business explode with the building and economic growth in its own neighborhood. Independent CEO David Brooks said earlier this year that he was looking for another acquisition in the Denver market after a 2017 deal established a foothold in the area. 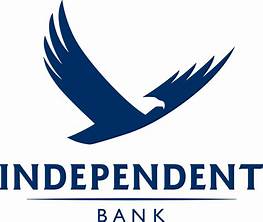 “This transaction represents the build-out of our Colorado footprint through the acquisition of a high-quality bank operating in dynamic markets along the Front Range,” Brooks said in a statement Tuesday.

Guaranty Bank has $3.7 billion in assets, which would push Independent past a key $10 billion threshold. Passing that size would trigger stricter and more expensive regulations, like a stress test conducted by federal regulators and restrictions on how much in fees the bank can charge when debit cards are swiped.

But those new rules would be eased under a Senate bill the House of Representatives passed Tuesday before Independent formally announced its deal. Independent reported profits almost doubled to about $29 million in the first quarter of the year compared to the  same period one year prior.

Guaranty Bank’s president, Michael Hobbs, will serve as Independent’s chief executive of its Colorado market under the deal.

Independent is paying nearly half a share of its stock for every share of Guaranty’s, or about $35 per share of the Denver bank, based on Monday’s trading.