According to Jim Birdsall, a principal in the Heron Lakes development and the TPC Colorado Golf Course group, the developers of Heron Lakes were able to purchase a property which lies adjacent to the western shore of Lone Tree Reservoir. The property is bounded on the north by Larimer County Road (LCR) 14 and on the south by Home Supply Ditch. He stated the property became available just after the developers had acquired the long-term rights for the lease of the surface (recreational) rights to Lone Tree. The surface rights transfer to the developers on July 1 of this year. The developers wish to see this amenity reside within the Berthoud town limits. Before that can happen the town must annex the property into the town, and before the annexation can happen the town residents must give their approval, because the property lies west of LCR 19. 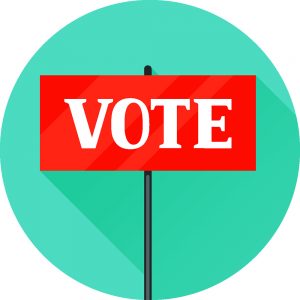 “We would very much like to see this property, which has the potential of becoming a very nice amenity, within the town limits rather than have it stay in the county,” said Birdsall, “We have nothing against Larimer County; it’s just that we think this will be something special and unique, and we think Berthoud residents deserve something nice they can point to.”

“Again, our hope is that the town’s residents are forward thinking enough and agree with us by voting to allow the annexation to happen,” stated Birdsall. He also made note the price for the annexation and development is right – the cost to the town is zero dollars.

“Either way we plan to develop the property,” he stated, “We hope we can get everything in place on the property in order to open it to the public on July 1, which is the day after the (State of Colorado) lease expires,” said Birdsall,

Birdsall indicated a lot of work has to be done to get everything ready, with the town residents giving approval to the trustees to annex the property being the first step. If the annexation is allowed the next step is approval of a site plan through the planning commission and town board for the amenities envisioned by the development group.

“The property comes with a very nice large residence and a large outbuilding which has offices and storage,” Birdsall said, “The plan is to operate the marina activity out of the offices and, long term, to utilize the residence as a lodge for guests who come to play the golf course or who come for other reasons.”

The first phase for the facility includes construction of a boat ramp, boat parking, and the ability to check people in and out. He reported the existing outbuilding has restrooms.

Phase two will include motor-coach parking spaces so people who have high-end recreational vehicles have a place to park while they enjoy the amenities made available.

Long term, the club will have restrooms, a sand beach, park, trail connections, and a restaurant.

Birdsall pointed out the development group is aware they have a responsibility to become educated in what it will take to operate a recreation area which encompasses a large body of water, including the inspection of all watercraft for invasive species before letting them onto the reservoir.

On the ballot question of, “Shall the Town of Berthoud be authorized to annex (a) parcel of property consisting of approximately 32.44 acres lying between the Heron Lakes development and the lake, more particularly described as: HERON LAKES LAKE CLUB ANNEXATION” The Surveyor staff states emphatically to vote “Yes.”