The hearing for a former Turner Middle School teacher accused of sexual assault of a child has been moved to October. 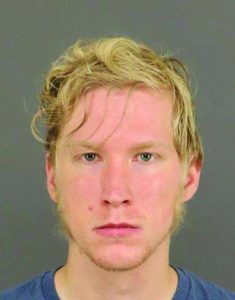 Kyle Faust, 24, was arrested in June after investigators executed a search and arrest warrant at his Thornton residence. The arrest followed the Larimer County Sheriff’s Office obtaining a Safe2Tell report June 9, a school safety reporting system that utilizes phone and digital anonymous reporting, alleging an inappropriate sexual relationship between a teacher and a 13-year-old student at Turner Middle School.

Faust appeared at the Larimer County courthouse last month on bond for his first hearing since June. The attornies for the prosecution and defense requested extra time before proceeding with the case.  Judge Sarah Cure scheduled Faust to return for a disposition hearing at 1:30 p.m. Oct. 5.

According to the LCSO the alleged crimes began in March of this year and occurred both at and away from the school.