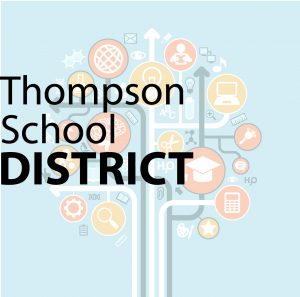 With a mounting list of challenges and a financial crisis on their hands, the Thompson School District (TSD) has been reaching out to community members to get a better understanding of what individuals who live in the district value most and want to see happen in their local schools. The district held a forum on March 28 at Grace Place church in Berthoud to get feedback from individuals about the school system.

Chief academic officer, Dr. Margaret Crespo, led the forum, which was similar to one held earlier in the year at Berthoud Community Center. “What we want to ask is what you value, what’s important to you,” Crespo said to the group of approximately 25 people. The attendees broke up into three groups and were asked to discuss topics pertinent to the district. The discussion topics for the day included how the district should best communicate with community members, backlog maintenance in the district, and enrollment capacity.

A survey was conducted for the attendees to participate in concerning the $72 million in maintenance backlog for the district’s facilities. The feedback the district received from the group reflected a concern for the overall condition of school buildings in Berthoud with 64 percent saying they disagreed or strongly disagreed that Berthoud schools were in good condition. Those in attendance ranked in order of priority on the survey where they felt funding should be allotted as follows: health/security, infrastructure, learning environment, equipment upgrades/replacement, sustainability and, finally, curb appeal.

Enrollment capacity was a concern for many of the parents in attendance with children in Berthoud’s elementary schools. Crespo touched on the issue saying, “Our buildings are starting to become more full than they have been in the past – the problem is not going away…so with that in mind what are the values you have in mind – small class sizes, do we use modular classrooms etc.” According to the school’s facility performance scorecards available at thomspsonschools.org, both Ivy Stockwell and Berthoud Elementary school are almost at maximum student capacity. Turner Middle School has 38 percent of seats available and Berthoud High School has 28 percent available for now. Over half of the district’s other elementary schools now have student populations of less than 300 students, which affects the district’s efficiency.

Aging facilities, decreases in funding, and a growing population have resulted in the district being required to cut $3 million from the 2018-19 budget with little room for any type of improvements district-wide. TSD’s woes are further compounded by the looming possibility of a $14-15 million funding deficit by 2020.

Crespo stressed the fact that community involvement throughout the district is crucial, “We could not make this work without you – the feedback you provide, the information that you give us really helps us to move forward as a district”

A follow-up meeting is scheduled for Monday, April 9, from 1 to 2 p.m. at Grace Place Student Lounge, located at 375 Meadowlark Dr. in Berthoud. An email from the district said a bus tour to one of the local schools will also be provided for those unfamiliar with the schools themselves. All community members are encouraged to attend whether they have children in the district or not.