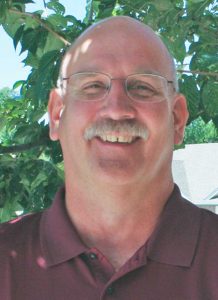 Thompson School District Board of Education President Bob Kerrigan said in a prepared statement Tuesday that he will not seek another term.

“As we look forward to a new school year, I have been presented with exciting new opportunities at work which may keep me out of town for extended periods of time over the next year or two,” Kerrigan stated. “It is therefore with a heavy heart I announce I will not seek reelection to the Thompson School Board.”

Kerrigan was first elected to the board in 2011 and was selected by the board as president in 2013. He has been the voice of the reform majority for that time and feels the board has accomplished many goals that have put the district in a better position for future success.

“Thompson schools, students, staff, parents and community have much to be proud about as they return to school,” Kerrigan wrote. “I am humbled to have been able to chair the board during the last two years and be able to bring a laser focus to ding what is best for students.”

Kerrigan included pay raises for classified staff and teachers, retirement fund increases, and increased pay for starting teachers as some of the board’s accomplishments during his tenure. He also listed investing in the High Plains Elementary School and investing in early literacy and a new math curriculum as others.

“We have expanded programs to engage students, from agricultural education to entrepreneurship classes; Thompson students will have more choices that prepare them for their futures,” Kerrigan wrote.

Kerrigan, who has often been criticized for his leadership, said he is proud of the work that has been done and will continue to support the board in the future.

“I know the community is proud of the direction of the school district and I look forward to continuing to be a huge cheerleader for those who will take the reins of the school board,” Kerrigan wrote.

Kerrigan is the second incumbent not seeking reelection. District A member, Donna Rice, announced in July that she will not seek reelection. In all, four seats are up for election this year, including Districts C and D seats held by Denise Montagu and Pam Howard, respectively. Six others have announced their candidacy for the board, including Montagu and Howard. Others include: Dave Levy of Berthoud announced last week that he’ll seek Kerrigan’s seat; Jeff Swanty and Aimie Randall, both of Loveland, are seeking Rice’s, while most recently, Tomi Grundvig, also of Loveland, has announced her candidacy to challenge Howard.