Town board plans ahead on Mountain Ave.

On Friday, Sept. 14, 2018, a group of 12 people comprised of town trustees, planning commission members, and town staffers toured the Mountain Avenue corridor with consulting firm bha, which was represented by Roger Sherman and Doug Elgar, along with Roger Thorpe of Thorp Associates. Thorp was asked to join the tour by bha to give a historical perspective to the discussions.

The purpose of the tour was to give insight to the trio named above by town board, planning commission, and staff members. The tour started at the west end of Mountain Avenue, where the group stepped out of their vehicles to discuss the chances of commercial development in that area. 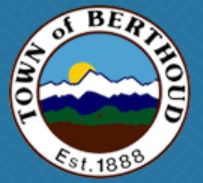 The tour group worked its way eastward, stopping at a property owned by Butch Hause and his wife Sarah Lincoln. The group heard some of the vision Hause and Lincoln have for the future of their property.

The last stop of the tour was just to the east of the Interstate 25 interchange.

The consultants had a list of items they liked about the downtown area that had been noted on earlier visits to the town. Some of these were:

They also had a list of goals and items which, from their perspective, could be built upon. These included:

In other planning news: