The Thompson School District (TSD) has not had great success with previous attempts to raise more funds for its schools through a bond or mill levy, with the most recent example being the 2016 election in which voters overwhelmingly voted down an $11 million mill levy override and $288 million bond issue that were designed to boost teacher salaries, combat its millions of dollars in deferred maintenance, as well as purchase new buses.

However, despite the unfortunate defeat in 2016, the TSD Board of Education has been pondering a potential new bond and/or mill levy for the upcoming November 2018 election. The item was discussed briefly at the Feb. 7 board meeting as members appeared to be in full support of new measures. Pam Howard and Paul Bankes were especially outspoken during the discussion. 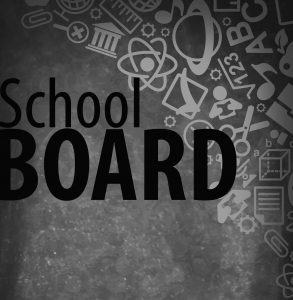 “This is an issue that is very important to me,” Howard acknowledged. “We have an obligation to our children, and it’s hard for me to imagine anyone that doesn’t go into our classrooms [to see the need the district has]. It’s heartbreaking that as a community we would continue to turn our back on the kids and staff.”

Howard noted state funding for public education has just not been there, and therefore it is up to the local community to step up and support the schools financially. Thompson is facing a budget crisis. As it has been well noted, the board must slash at least $3 million by the 2019-20 school year.

Superintendent Dr. Stan Scheer remarked he would like to see the board come up with a bond or mill levy by April in order to begin serious discussions that would lead to gathering public input. Scheer noted initial public support for the proposed 2016 mill levy hovered around 76 percent, though support for the bond issue was relatively low. “We learned some lessons [from the 2016 election],” he added.

Despite electing by a vote of 6-1 not to close any schools within the TSD for the 2018-19 school year at the Jan. 17 meeting, the board of education once again discussed the possibility moving forward.

Dr. Margaret Crespo, chief academic officer at TSD, presented an update from the Master Plan Committee considering what future school closures would look like and what financial impact it would make. According to Crespo, both of the elementary schools in Berthoud are close to their max utilization percentage, while Turner Middle School has 38 percent seats available, and Berthoud High School has 28 percent available. While certain schools within the district may face closures in the future in order to narrow the deficit in the budget; Berthoud, meanwhile, will likely need more infrastructure, as the area is projected to continue to grow substantially.

Additionally, Gordon Jones (chief financial officer at TSD) presented news to the board regarding the crafting of the 2018-19 budget, which is in its initial stages of development. He noted the state government has a surplus from its previous budget of $100 million, some of which could be delegated to public education, though nothing at this time has been decided. The on-time graduation rate for TSD students of the class of 2017 was also announced at 79.1 percent, a tiny decrease from Thompson’s 2016 class, yet still higher than the state’s cumulative graduation rate.