Think you hated your assessment? Just wait for your tax bill. 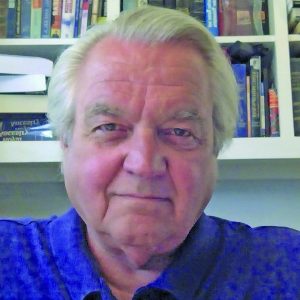 You’ve lived in your house for a while. No additions, renovations, or remodeling. The honey-do list gets longer. No plan to sell. In May the assessor mailed a postcard that said your house is now worth 25 percent more than it was before. Great news – except when the assessor says something like that it means one thing – higher property taxes are on the way. Your income hasn’t changed. Health insurance costs are getting out of hand. Tuition costs for your oldest are up again. The mortgage company will want more escrow. Two years ago the same thing happened: the assessor mailed a postcard and the next year, Wham! Bigger tax bill. Déjà vu. The value of your house goes up but you don’t have any extra cash to show for it. Still, the taxing authorities listed on your next tax bill will all get a cash windfall from this overheated, go-go real estate markets that you had nothing to do with. How fair is that? That’s a rhetorical question.

What can a taxpayer do? Protest the assessor’s valuation? Yes, and if you did last May, good for you. That’ll knock some off the next bill, but big windfalls still await the taxing authorities, and those windfalls are in addition to any new taxes approved by the voters.

There have been efforts to make systemic changes in our property tax laws to protect some of those who pay property taxes. Thirty-five years ago (1982) voters adopted the Gallagher Amendment to protect homeowners from big increases in residential property taxes. The Gallagher Amendment worked much better than anyone imagined at the time. The residential assessment rate dropped from 21 percent then to 7.2 percent today. The assessment rate on commercial property has been and will always be 29 percent.

In 1992 voters passed the TABOR Amendment and hashed the government’s tax buzz big-time. In addition to requiring new taxes and increases in existing taxes go to the voters for approval, TABOR specified strict limits on annual revenues and expenditures. TABOR received national attention, and it worked as intended for a few years. However, local government officials appeared progressively gaunt after each successive TABOR budget, and they laid open their thin budgets; first that they had cut out all the budget fat and were beginning to cut budget muscle, and then they were cutting through budget muscle to the budget bones. Sad eyes and stories were everywhere in the public sector.

One authority, after baring its skeletal rib cage, asked voters for relief from TABOR spending limits and the voters said, “OK,” and then other authorities asked the voters and those voters said, “OK,” too. Those requests to be free of TABOR revenue and spending limits became known as “De-Brucing.” Douglas Bruce was the author of TABOR. After 10 years or so, many of the larger taxing authorities had De-Bruced and more authorities De-Bruced after that. None of those authorities have ever Re-Bruced. That would be difficult to do.

Real property in Colorado is reappraised for property tax purposes every two years, in the odd-numbered years. This year’s reappraisal coupled with the last (2015) increased the taxable value of residential real property in Larimer County by 25 to 35 percent or more compared to what values were in tax year 2014 (paid in 2015). Two thousand fourteen was the second tax year based on the 2013 reappraisal. Increases that large over three years are tough to swallow for taxpayers, and the increase is even greater for commercial property owners.

Taxes are complicated. There are different kinds of taxes, and math is required. We’re talking about property tax here, but property tax is only one brick in the tax load we carry. Media have recently reported that, based on Bureau of Labor Statistics reports, we spend more on taxes than we do on food and clothing. Few of us really know how many taxes we pay, and those few who think they know could be wrong.

Perhaps it’s the complexity of tax math that led one local media source to write this editorial head-scratcher: “Accounting for inflation, that two percent sales tax in 1943 would have the buying power of a 28 percent tax in 2017.” Huh? No.

Even though we turned off the TABOR automatic controls over government spending, there are still ways to influence the boards of taxing authorities at budget time, which is coming up soon. For example, two years ago the county commissioners decided not to rake the entire increase in the 2015 tax roll into the county coffers but, instead, to leave some cash in the hands of the taxpayers. That was good, and it could happen again this year. We don’t yet know. We do know  the county commissioners were pretty much alone in that tax-adjusting gesture. That need not be the case this year.

Parents should be more involved in the lives of their children, and citizens should be more involved in their government. Right? So, inquire of those who will be spending the tax-roll windfalls next year. Ask about easy things: new programs, additional employees, travel and related expenses, training; and then ask authorities who plan to take the full windfall if that taking will forestall requests for additional tax increases in coming years. No need for torches and pitchforks, black masks and headscarves, tears or name-calling; it’s a good time for questions, comments, and suggestions in a civil tone and with the realization that tax math and economics can be difficult for elected officials, too.