The road trip life: a year on the road with the Mayor of HeidiTown

HeidiTown.com turned ten this fall and that’s a real milestone for a blog. It’s been a fun ride with many adventures along the way. This year happened to have more than its fair share of plot twists with two big eye surgeries that put a cramp in my travel style. I did, however, manage to make it to a handful of great festivals and wonderful destinations around Colorado and beyond.

I attended several stand-out events this year around Colorado. One of the most memorable was Winterfest in Pagosa Springs where each year, hot air balloons take to the air during an ascension event. Last February, I was in one of those hot air balloons. The scenery of the Pagosa Springs area from the air was stunning. 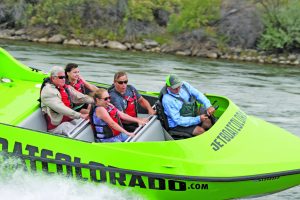 Photo courtesy of Jet Boat Colorado – Heidi and Ryan take a jet boat excursion at an event in Grand Junction.

In addition to the hot air balloon ascension, the Pagosa Springs’ Winterfest features a polar plunge in the San Juan River, a wild and wacky downhill sled race and more.

Another impressive event was the Keystone Bacon & Bourbon Festival that occurs each June in Keystone Village. I’d heard about this one, but again, experiencing it was an entirely different thing. I’ve never seen, smelled or eaten so much bacon in my entire life. It’s a gloriously gluttonous affair.

I’ve attended several festivals in Keystone Village, they have five each summer, and it’s one of my favorite outdoor festival venues.

Another foodie event that’s a bit closer to home is BrüFrou in Denver. This culinary event that pairs beer with bites from some of Colorado’s best restaurants is truly outstanding. Any self-described foodie shouldn’t miss it.

Mountain Harvest Festival in the North 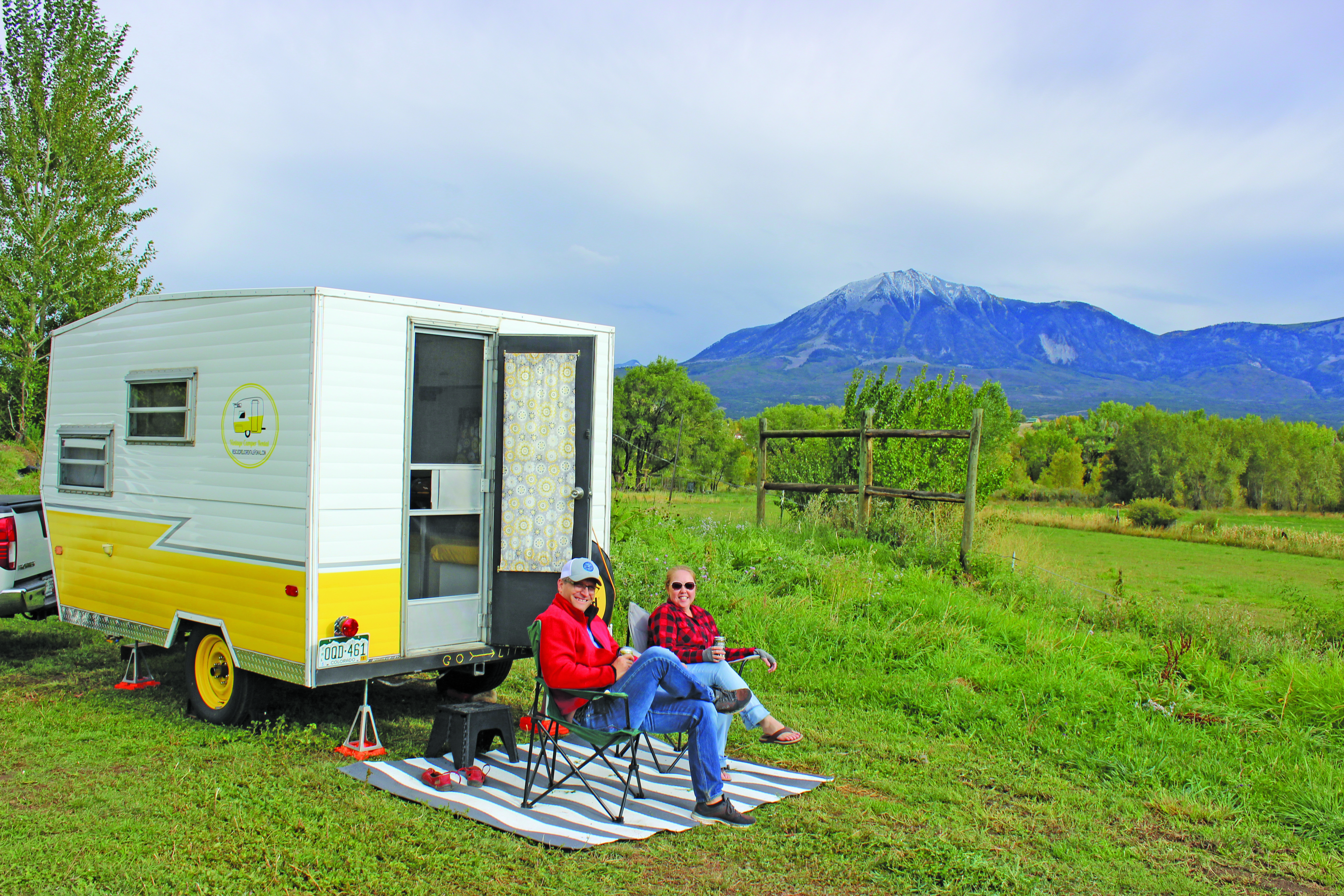 Photo courtesy of Heiditown.com Ryan and Heidi attend the Mountain Harvest Festival with Buttercup, the 1969 GoLite.

Fork Valley of Western Colorado has been on my bucket list for a number of years and we finally made it there this past September. In addition to a traditional harvest festival in Paonia Town Park, the festival includes farm and wine tours. It’s also become a large music event featuring a Saturday night lineup of bands at multiple Paonia venues. This part of the festival knocked our socks off.

We did a number of trips to destinations across Western Colorado this past year and honestly, I usually don’t want to come back. They enjoy a slower pace of life in this part of the state and I covet their lack of rush hours and stop lights.

Our three-night stay in southeast Colorado was punctuated by a stay at one of the most remarkable lodging properties we’ve experienced. About 25 minutes outside of Cortez, and not far from Hovenweep National Monument in Utah, Canyon of the Ancients Guest Ranch is a small slice of heaven in a place where humans have been living for thousands of years. There’s a special sort of magic in Southwest Colorado that absolutely must be experienced.

We also spent three-nights in the Grand Junction/Palisade area where we got wet at the state’s first ever jet boat excursion. I highly recommend booking an outing with Jet Boat Colorado next summer. You won’t be disappointed.

While in Mesa County we also enjoyed a carriage ride with JR Carriage Services. We took their Wine Tour which is an incredible day of being transported via horse and carriage to a wide variety of wineries in Palisade.

Lastly, we explored Meeker in the fall and this little northwest Colorado town is a real gem. I was a judge for the Jammin’ Lamb Festival, a culinary challenge that occurs as part of the Meeker Sheepdog Trials. The trials were fascinating and we ended up spending far more time at this dog versus sheep competition than we expected, but the highlight was Jammin’ Lamb Fest.

The event, which pits chef against chef in a culinary event featuring lamb, was a huge hit and I believe it will only get bigger each year. Festival attendees buy tasting tickets to try each dish and can then vote in a People’s Choice competition. 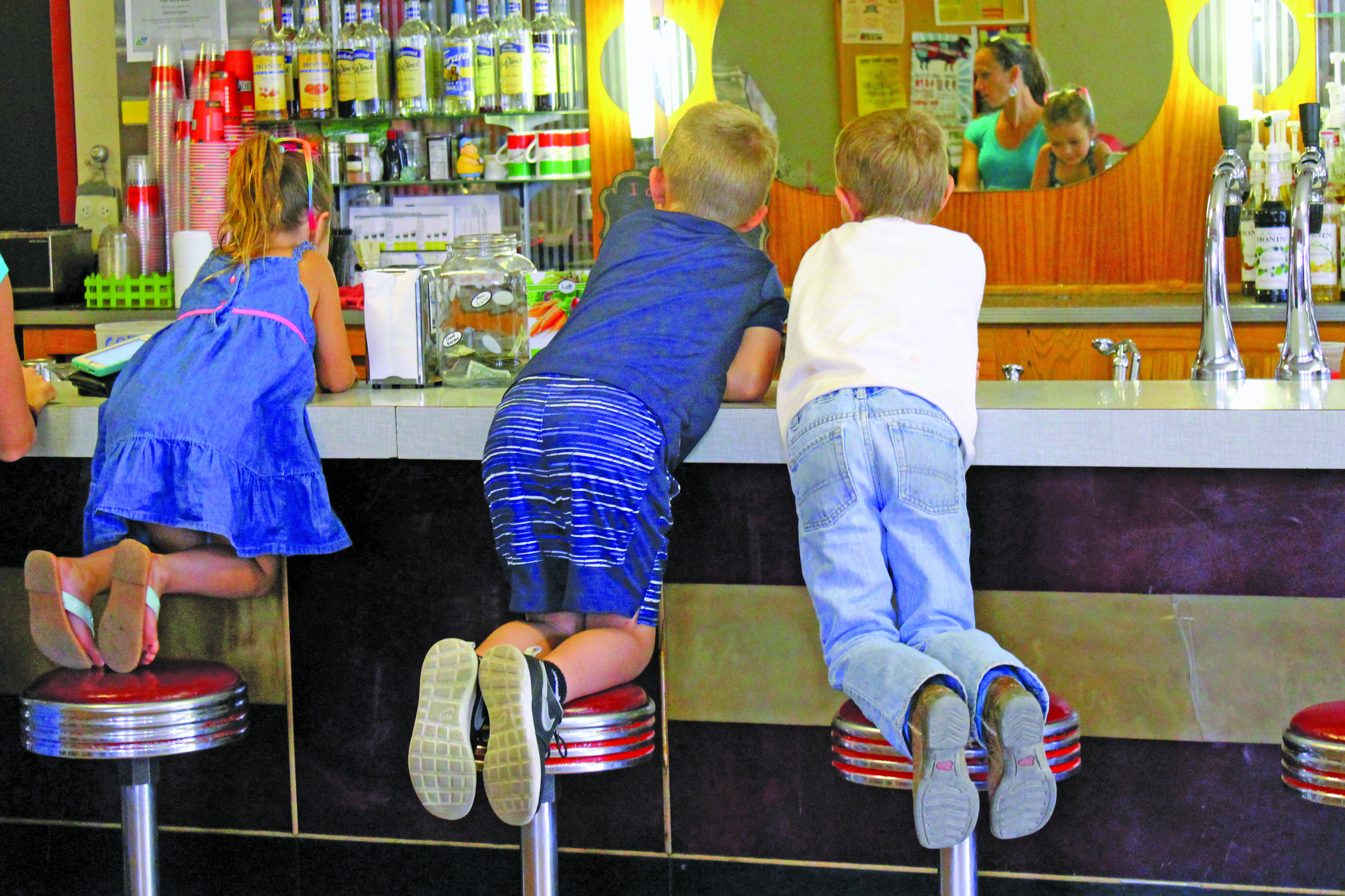 Meeker is experiencing a small renaissance with the opening of new stores downtown including a cheese shop that shares space with Blanco Cellars, a top-notch wine, beer and spirits store. Visitors won’t want to miss the old-fashioned soda shop inside Meeker Drug. It’s worth taking a road trip to this charming Western Slope town.

So there you have it, a year of road trip travel with the Mayor. We did a couple more jaunts this past year including Aspen in the winter and Cheyenne and Longmont in the summer, and each unique story has been told on HeidiTown.com.

This past March, HeidiTown expanded into six surrounding states, so in 2018 I’m looking forward to road trips to Jackson, Wyoming and Santa Fe, New Mexico. It’s an exciting time to live in HeidiTown and I hope, if you haven’t already, you’ll join me there.