Newly-elected Colorado State Senator Rob Woodward (R-Loveland), who represents Berthoud in the State Senate, just recently introduced a bill to provide relief for small businesses. The bill, if it becomes law, would exempt Colorado small businesses from having to collect and remit sales taxes based upon where a customer receives a product. The measure would exempt Colorado businesses from collecting and remitting the taxes on the first $100,000 of sales made to locations outside the business’s location.

According to a press release provided by Woodward’s office, “In 2018 the Colorado Department of Revenue unilaterally decided that it would begin enforcing a sales tax policy that demanded that retailers collect and remit sales taxes based upon where the customer receives the product. This will be a huge burden on small retailers. Today, Senator Rob Woodward (R-Loveland) introduced a bill that would exempt Colorado small business from the first $100,000 of out-of-jurisdiction sales. At least that puts Colorado businesses on-par with the out-of-state retailers who are selling into Colorado, because the Wayfair Supreme Court decision demands a de minimis exemption of at least $100,000.” 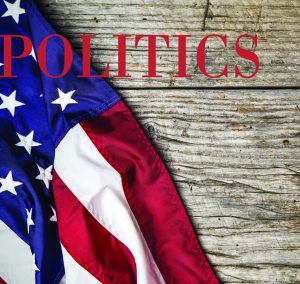 “Colorado small businesses will breathe a sigh of relief if I can navigate this bill through the Legislature,” said Woodward.

Woodward’s office argues the decision made by the Colorado Department of Revenue (DOR) was “made in haste” and has been twice waived in the past. The DOR has not established a database where retailers can look up the address to which the sale is being made and find the tax rate for that specific address. This, Woodward’s office argues, creates a huge burden on small businesses that wastes the valuable time of employees and business owners alike, as well as results in violations and penalties, as finding the tax rate of every different address in the state is a nearly impossible task.

In a brief on the bill’s introduction, Woodward provides a couple examples of how this new requirement would affect local business.

One such example reads as follows: “Paula Steige, owner of MacDonald Book Shop in Estes Park – a customer from Berthoud calls to order a $10 book. The Book Shop employee must search the internet to determine what tax rate applies at that customer’s home address, collect those taxes, then at the end of the month complete the sales tax forms to Berthoud in order to remit the $0.77 in sales taxes.”

Another example provided by Woodward’s office: “Perhaps Human Bean Coffee in Loveland gets a delivery order from UberEats to deliver a latte to a business in Johnstown. The barista must determine the tax rate and determine if the particular address is part of a special taxing district. Then owner Frank Sherman must fill out the forms and remit the $0.52 taxes at the end of the month.”

Woodward is currently serving his first term in the Colorado State Senate, having won election over Fort Collins Democrat Rebecca Cranston by a 53-47 margin. Woodward told The Surveyor last summer, after announcing his campaign, that a primary motivation for his seeking elected office was to reduce the regulatory and tax burdens on Colorado business owners. “As a business person, over the last couple of decades I have felt the boot on my throat more and more every year. It feels like I’m getting pressure from the government bureaucrats and they are trying to catch me doing something wrong, Woodward said.