Berthoud’s Caleb Schumacher turned in his best round of the season last Thursday when he carded an 82 at Coyote Creek Golf Course in Frederick in the fifth of six Tri-Valley Conference tournaments of the season. Schumacher’s 82 was good enough to tie for 13th place in individual scoring. Berthoud, who finished with a team score of 259, finished in sixth place in team scoring.

Senior and 2017 state-qualifier Cameron Poll shot a seven to tie for 20th place, Charlie Hoskins carded a 90 to tie for 27th, Tim Sontag’s 91 was good enough for 38th place and Curtis Peacock, playing in his first varsity round 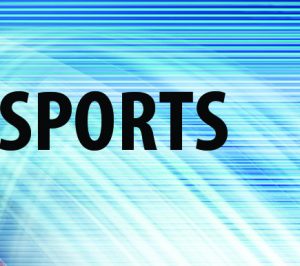 “We got really good rounds out of Caleb Schumacher and Charlie Hoskins today,” Berthoud Head Coach Mike Burkett said. “Both took big leaps forward as we prepare for the regional. Cameron had an off day, but he’ll be fine when the time comes.”

Berthoud will tee it up for their final regular season round of the season on Thursday, Sept 13, at Ute Creek in Longmont. The following Wednesday, Sept. 19, will be the do-or-die regional tournament at Loveland’s Olde Course where players and teams can punch their tickets to the 36-hole state championships on Oct. 1-2.

The Berthoud High School boys soccer team began the year with a lot of new faces on their varsity roster, but the team has grown up and grown together quickly. Berthoud played their first Tri-Valley Conference match of the season on Monday evening when they welcomed Roosevelt to Max Marr Field in Berthoud. The Spartans and Roughriders each scored a goal in the first half of the game, Berthoud’s coming off the foot of freshman midfielder Ashton Scaggs, with an assist credited to star senior Conrad Ellis. That was the end of the scoring for a long while, however, as the teams battled to a scoreless tie in the second half and then again in the first overtime period.

“The game was really intense and went back and forth for the most part. I think we controlled the ball well and had some great pushes to the goal, but just couldn’t get the ball in the net,” said Berthoud Head Coach Zac Traver.

With time ticking down in the second overtime and teams appearing headed for an over-time, Berthoud senior Caden Grimditch took and held control of the ball, and pushed down field past the Roosevelt defense where he beat Roughrider goalkeeper one-on-one for the winning goal for the hometown Spartans.

The win improved Berthoud to 2-2 on the season. The Spartans will play their next match on Thursday, Sept. 13, when they travel to Weld Central. Berthoud will be back on their home pitch for back-to-back contests with Holy Family and Thompson Valley on Sept. 19 and 20, respectively.