Vehicle Crash:  Spartan Avenue, a construction van ran into the rear of a juvenile student’s vehicle as they were stopped to turn into Berthoud High School. 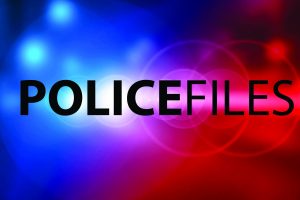 Assist to Ambulance:  Ranchhand Drive, a 26-year old woman was reported as taking to many pills in a possible suicide attempt.  Upon arrival, there were 5 very intoxicated males that said they did not live at the residence and kept saying deputies could not go inside. The woman came outside and admitted to taking a sleeping pill but not suicidal, spoke with ambulance crew and agreed to go to the hospital to get checked out.

Vehicle Crash:  Hwy 287 & CR 17, a driver in the turn lane decided she did not want to turn so she drove out of the turn lane into the through traffic lane causing a chain reaction for cars to avoid crashing. A pick-up truck at the end drove off the roadway and crashed into a light pole.

Family Problems:  2nd Street, a mother called to report her 31-year old son was drinking and would not leave her residence.

Solicitors:  7th Street & Franklin Avenue, solicitors selling cleaning products were contacted soliciting their cleaning product without a permit. Told to get a permit or leave the Town before sundown.

Theft:  2nd Street, a resident reported that a dealer plate was either stolen at an auction or lost in transit.

Assault/Domestic Violence:  Franklin Ave: a woman reported that her boyfriend kicked in the door, punched her, choked her, knocked her unconscious 3 times, destroyed her cell phone. The boyfriend stated the girlfriend put a knife to her wrist that is why he kick the door down, she bit his two fingers as he was going to call 911 because of her suicide threats.

DUI / Leaving the Scene / Vehicle Crash / Careless Driving / Domestic Violence / Criminal Mischief / Child Abuse / Attempted Assault / Warrant Arrest:  Welch Avenue, a woman reported that her boyfriend damaged multiple items inside of their home and punched holes in the walls.  The boyfriend also threw a chair at her and nearly struck her while she was holding onto her small child.   The boyfriend left the scene in a vehicle while he was impaired and wrecked the vehicle returned home with the vehicle, then fled on foot.  He was contacted down the street and arrested.

Loud Music:  Canyonlands & Kansas Avenue, construction crew was doing more than whistle while you work as they were playing their music very loud.

Suspicious Circumstances:  E Iowa, someone stuck 500 plastic forks in the front yard of a residence.  New way to aerate your lawn.

Vehicle Trespass:   6th Street, someone entered a vehicle and stole some change.

Trespass:  CR14 & CR17, 2 men jumped the fence and climbed the ladder onto the water tower.  The parties attempted to flee on foot, but were captured.

Neighbor Problem:  a resident went over and talked with his neighbor about his dog barking.  The neighbor began yelling and cussing at the resident.  Both were talked to and agreed to keep the peace.

Underage Party:  Curlew Drive, multiple underage people were contacted at this address.  The party was dispersed and the alcohol was poured out.  The parents of the juvenile parties were contacted.  A 24-year old man was contacted walking away from this party at this residence.  Arrested for a warrant out of Thornton.