Suspicious circumstances: Lake Avenue, a business was concerned because an employee had a really bad feeling about a blue pick-up that was parked in front of the business on Friday evening about closing time and then a similar pick-up was parked in the lot away from the business today. It did not appear as if the occupants had any official business with the companies that share this parking lot. The pick-up today was an older model blue dodge pick-up with something covering the rear passenger side window. Vehicle was gone upon arrival.

Animal problem: Lissa Drive, a resident made a report about two dogs, one big and one little… that are outside before the sun is up and up till 11p.m.–  no shelter, no food or water, no blankets. Upon deputy’s contact, the dogs were inside with a juvenile female. Dogs appear healthy. Female explained to me they are outside at times. I explained shelter requirements and left a business card for the female’s parents to call the deputy when they 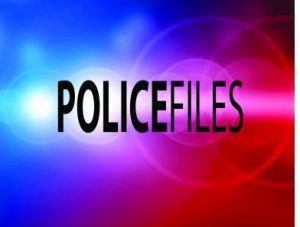 Arson: Pioneer Park, suspect(s) left a plywood board with numerous exploded fireworks on it. The fireworks were still burning when deputy arrived. (When does school get back in?)  Berthoud Fire extinguished the fire.

Vehicle crash / property damage / no proof of insurance: Mountain Avenue, a driver hit a car as he was trying to parallel park. He pulled out, parked across the street, and went into a downtown business. This was all witnessed by a juvenile who was sitting in the parked car when it was hit. Call was originally aired as a hit-and-run. All parties were on scene when the deputy arrived. The driver had a valid driver’s license, but his vehicle registration was expired, and he had no proof of insurance. Summonsed.

Reported drunk driving: E. Highway 56 and County Road (CR) 13, a driver reported another vehicle was driving on the wrong side of the road, almost hit another vehicle, and described the other driver as an older lady and the vehicle is now pulled over at the intersection. Deputy contacted the elderly driver and she stated she was driving and hit her washer fluid which then froze to the windshield causing it to be obstructed (froze over). She was then weaving. Deputy helped finish scraping the ice off her windshield and she was sent on her way – old car and old defroster. Outside temp. 10 degrees.
Wednesday, Jan. 2

Vehicle crash / property damage: Fourth Street and Massachusetts Avenue, a driver was backing out of their driveway and hit an oncoming vehicle.

Disturbance: CR 10E, a person called in stating one of the residents is fighting with others. The man also locked himself inside of a room with a female. It was also reported this man has been acting very strangely and when he started in tonight another resident punched him right in the kisser “pretty hard.”  The man was talked out by deputies and then was cordially provided with room and board at the jail.

Recovered stolen vehicle: Indiana Avenue and Second Street, a stolen Subaru Legacy was found unoccupied near this intersection. The vehicle was stolen out of Montana and had stolen plates from Wyoming on the rear bumper.

Protection order violation: Munson Court, a female reported her ex-boyfriend sent her Instagram messages in December of 2017, March of 2018, and April of 2018. He also attempted to FaceTime her in July of 2017. All four of these communications were made in violation of the protection order.  Warrant to come.

Fraud: Curlew Drive, a resident made a report about purchases that were fraudulently made on her credit card. The resident said she was suspicious after ordering pizza from a Loveland Pizza Company. The person over the phone was asking the resident questions after getting her card number, and she believes it might be associated with the theft later that night. At midnight on Jan. 1, a purchase was made for $1,000 online.

Suspicious circumstances: Mountain Avenue, an employee reported a 69-year-old Berthoud man made inappropriate statements about a very young girl he had with him in the restaurant. The man was located in a camper on Fourth Street and was very uncooperative with deputies, but eventually allowed his camper to be searched for the young girl. The girl was later located with her parents, who had given the man permission to take the girl to Subway. The comments the man made were relayed to the parents and deputies requested they check with their daughter and report anything out of the ordinary. Child protection referral made.

Vehicle crash / property damage: Highway 287 and CR 10E, a driver was driving north on US Highway 287 and ran over a mattress in the road. Subsequently four other vehicles crashed into the first one. There were no injuries, and only one vehicle was required a tow.

Found property: 3800 block of E. Highway 56, the manager at the Loves Travel center turned over three credit cards, one driver’s license, one wallet, and three sets of keys that have been left at the store over the last month. Items collected and attempts to contact owners were unsuccessful. Logged into evidence.

Identity theft: Wagon Bend Road, a resident reported his credit card number was skimmed somewhere while he was on a road trip.  His credit card was used in Las Vegas for $394.96 at three different gas stations.

Alcohol issue: Eighth Street, a woman was outside a business crying hysterically. She was highly intoxicated and did not know where she lived or who she was. She thought it was 1958. Witnesses stated she was acting appropriately until closing time. She then started crying and was very confused. She went voluntarily to the ambulance to be transported on a detox hold.  I bet tomorrow she remembers how much hangovers suck.

Felony warrant arrest: Hummingbird Place, a 21-year-old woman was arrested and booked for a felony warrant.

Vicious animal: Seventh Street and Welch Avenue, a couple reported their dog was attacked by another dog. The other dog and owner fled the scene. Doggone it anyway.

Disturbance: E. Highway 56, LCSO deputies assisted Longmont Police in looking for a 35-year-old man when he returned to his residence in Berthoud (his first strike). It was reported he has been carrying a bb gun in his hoodie pocket (his second strike).  Earlier in the evening this man was in Longmont and pulled a fire alarm at the Motel 6, harassing his girlfriend (his third and final strike). Deputies contacted the man outside his residence. He was taken into custody and turned over to Longmont Police.