The Berthoud Planning Commission held a regular business meeting the evening of Thursday, Dec. 14, 2017, and considered a variance for a property located at 625 Great Basin Court, in the Heritage Ridge subdivision, revisions to the town’s dark sky ordinance, and revisions to sections of the town’s development code. 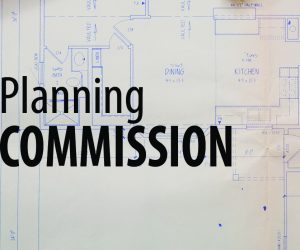 Regarding the variance request, the applicant, Dream Finder Builders, petitioned the commission to reduce the amount of rear yard setback from 20 feet to 14 feet. Director of Community Development Curt Freese brought the item before the commission. Freese stated it was incumbent on the builder, in concert with the buyer, to choose a floor plan for a given lot that fits the lot. A plot plan submitted shows a covered porch and a portion of the rear of a proposed residence projecting into the rear setback. Freese stated staff was recommending the commissioners deny the request.

A representative from the builder, Britney Weimer, noted the requested setback would not affect other properties within the subdivision because the lot backs up to a to a common green space. No other justification for the request except, under questioning by the commissioners, Weimer admitted the buyers of the property chose the lot and the house plan knowing the proposed floor plan would not fit the lot.

A motion to approve the request for variance was made and seconded. The motion for approval was defeated on a 3 to 2 vote of the commission. Commissioners Scott Banzhaf and Bill Gilmore voted for the motion and Commissioners Tim Hardy, Kelly Dunkelberger and Christine Celentano voted against the motion.

The commissioners next addressed the updates to the Dark Sky ordinance and quickly became bogged down in trying to comprehend foot candles, lumens, lighting radii, and down lighting fixtures, while trying to interpret the International Dark Sky Association Model Lighting Ordinance and whether the town owned, or had access to, a light meter with which to take accurate light measurements.

A motion to send the revised dark sky document to the town board for approval with a recommendation there be a five-year plan in place to retrofit existing town lighting to meet dark sky standards.

Freese gave the commissioners a report concerning the progress being made on updates to the town code.

In other town planning news; Sue Bowles, planning and building technician, reported the number of building permits issued for single-family housing for the year stands at 403. She went on to say there could easily be 20 more permits issued before the end of December.