Petition seeks to put limits on debt town board can ok

Tuesday evening’s meeting of the Berthoud Board of Trustees became a bit contentious with the announcement by former mayor, Milan Karspeck, through his attorney, Margaret McCreary, of his intention to circulate a petition which, if approved, would place before the citizens of the town an initiative which would place limits on the type and amount of debt to which the town board could obligate the town.

Michael Patrick is also listed as a proponent of the proposed initiative.

The proponents intend to circulate the petition(s) among the citizens of town and garner enough signatures to initiate a proposed town ordinance which could then be adopted by the trustees or, barring that, would be placed on a ballot and voted on by town residents at a regular or special election. 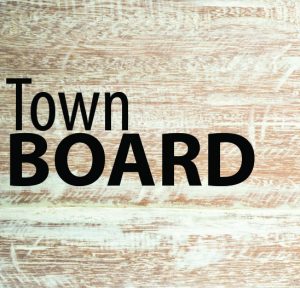 A summary statement of the proposal reads:

“The Board of Trustees of the Town of Berthoud shall not enter into any contract requiring the expenditure of more than two million dollars for a project pursuant to Certificates of Participation (COPs) or other financial obligations without an affirmative vote of at least three-fourths (six out of seven members) of the Board of Trustees; and in no event shall the Town approve COPs or any other financial obligations or make lease payments or any other periodic payments under any financial obligations if a bond issue for the same or similar project has been rejected by the electorate in the previous two years.

An ordinance of the Town of Berthoud, Colorado limiting the authority of the Board of Trustees to incur financial obligations on behalf of the citizens in excess of two million dollars without an affirmative vote of three-fourths of the Board of Trustees and barring any financial obligations if the electorate has rejected a bond issue to finance the same or similar matter within the previous two years.”

Karspeck noted a cover letter from his attorney indicated copies of the petition had been in the town clerk’s hands on Feb. 5, 2019, for review. Town Clerk Christian Samora indicated some minor changes would need to be made to the documents. Karspeck reported the changes would be made and the revised document would be resubmitted “within a week.”

Later in the meeting an agenda item concerning a contract for Waggener Farm Park Phase I / Recreation Center came up for discussion. Since the document referred to above was aimed to curb spending on the recreation center, Trustee Pete Tomassi made a motion to postpone discussion of the contract until the initiative had been resolved one way or the other.

The motion was seconded by Mayor Will Karsperck. The motion failed on a 5 to 2 vote with Karspeck and Tomassi casting the “yes” votes.

Discussion ensued during which Tomassi stated the recreation center had not yet been approved and without clear indication from the residents of what they want it did not make sense to spend the approximately $1.6 million for the design drawings.

After discussion a motion to “approve the scope and fee for preparation of construction drawings for Waggener Farm Park Phase I and direct staff to enter into an agreement with Barker Rinker Seacat Architecture for the same.” The motion passed on a vote of 5 to 2 with Karspeck and Tomassi casting the “no” votes.

In other board action:

The trustees unanimously approved a resolution of the town updating the membership, organization, procedure, functions and duties of all non-statutory advisory committees.

Designated the town website and the main bulletin board located at town hall, 807 Mountain Ave. as the official posting places for public meetings and town business.

Considered and discussed a first reading of an ordinance regarding abandoned and inoperable vehicles.

Approved a Town of Berthoud Code of Conduct for elected officials, board and commission members.

The trustees retreated to executive session to consider compensation for the town administrator. The decision, as announced after the trustees reconvened the public portion of the meeting, was to approve a five percent raise in addition to a three-percent cost of living increase.