UPDATE: On March 13, 2019 The Colorado State Senate officially voted to pass SB 181 in the morning. It is now in the Colorado House, where SB 181 will most likely be easily passed by the majority Democrats. Once it glides through the house the legislation could head to Governor Polis’s desk by the end of the month.

If you want a perfect illustration of what ignoring the big picture looks like, watch “Tree cutting fails” on YouTube. When people see a tree or limb as a problem, they start haphazardly hacking away, and mayhem and destruction ensue; man falls out of tree, tree falls on man, or car, or house, or neighbor’s house, causing more problems than the tree or limb alone ever would have. You can also draw your attention to the Colorado General Assembly for a similar example.

After 12 hours of testimony, Colorado Senate Bill 19-181 passed through an incredibly fast Energy and Transportation Committee hearing 4-3. The hearing was held just two days after it was introduced by Majority Leader Steve Fenberg (D-Boulder) and co-sponsored in the House by Speaker KC Becker (D-Boulder). The bill passed three Senate committees in three days on party-line votes. The sweeping overhaul of a bill is currently being debated on the Senate floor. 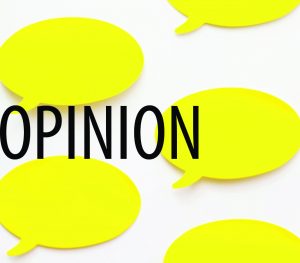 This bill would do a variety of things, including giving city and county governments the right to regulate the location and safety standards of drilling sites. Essentially this would allow local entities to implement extreme restrictions that, in effect, would lead to a ban on oil-and-gas drilling operations, particularly in places like Boulder County, from where the sponsors of this bill and our governor all hail, ignoring the rights of property owners. It would also result in a convoluted patchwork of regulations smattered throughout the state. This complicated framework could easily make Colorado a place to avoid for the oil-and-gas industry.

Additionally, the bill redefines the purpose of the Colorado Oil and Gas Conservation Commission, the members of which are appointed by the governor, from being a caretaker, so to speak, of energy production to a regulatory force that can withhold any and all permits for new oil-and-gas drilling sites until the very lengthy rulemaking process, that could take months or even years, has been completed – another potential de facto ban.

State Senator Rob Woodward (R), when commenting on the bill, said, “SB181 was written and released under the cover of darkness, driven through the process with unprecedented speed, and clearly flips the bird to the voters of Colorado. By demanding that zero weight can be given to the feasibility of safeguards, it drives all oil and gas development out of Colorado, sending jobs and money to Texas, Wyoming and the Middle East.”

Voters said no to Proposition 112 last fall, that would have put such drastic limitations on where oil-and-gas sites could be located, that would have made it virtually impossible for the industry to do business in the state. Only 14 of Colorado’s 64 counties voted in favor of it. Of the 11 counties on Colorado’s Front Range, including Larimer, only three voted in support of 112. Seventy percent of people in Boulder voted in favor. It appears the majority of the people supporting this bill have forgotten they are representing all of their constituents, not just the ones with whom they agree.

Energy is a big deal in Colorado. Energy independence is a big deal to the United States. Former President Barak Obama said in his State of the Union address in 2013, “After years of talking about it, we are finally poised to control our own energy future.” As of December 2018, the U.S. exported more oil than we imported for the first time in 70 years. Energy independence has come about through the extraction of vast amounts of abundant shale oil and gas under U.S. soil, including right here in Colorado.

Representative Perry Buck (R) commented, “There is a tremendous amount of arrogance leading to the destruction of an industry that does so much good at the local, state and national level. Education funding will be hurt the most.”

Prominent Democrat Ken Salazar, former U.S. secretary of the interior during the the Obama Administration and former U.S. Senator from Colorado and Colorado’s attorney general, said he thinks the bill is, “ … too extreme for Colorado and harmful to Colorado’s workers, schools and businesses.” In his OPED that appeared in the Denver Post Salazar said, “When this framework has been adopted in other states and other countries, it has over time created a de facto moratorium on oil-and-gas development. That would be the wrong result for Colorado.”

Whether you like it or not, fossil fuels power our homes and cars, and play an enormous role in our economy and national safety. Maybe one day in the future that won’t be the case – but today it is. The long-term effect of tying the hands of the multi-billion-dollar oil-and-gas industry in our state will be irreparably detrimental.

Common sense regulations that hold oil-and-gas companies accountable for what they are doing and where they are doing it, monitoring emissions, and keeping employees and citizens safe should be a priority on everyone’s part. Safety is paramount, but that should not be the ruse that’s used to destroy an industry. There can be negotiation, there can be common ground, if legislators are willing to slow down, communicate, and look at the big picture.