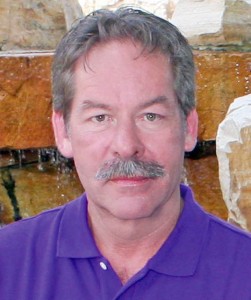 Keith Smith was a beloved husband, father, son, brother and friend. He was born Sept. 12, 1960, in Shreveport La. He attended Captain Shreve High School, Oklahoma University and the University of Texas. Keith met the love of his life, Aletha Alber, in Colorado in 1995. They wed in 1998 in Red Feather Lakes, Colo. They have two sons; Jakob, age 16 and Zakary, age 11. Keith and Aletha’s 16th wedding anniversary is on July 18.
Keith loved spending time with his family, especially Colorado summers camping and riding motorcycles and ATVs. Keith was a football fan (Saints and Cowboys) and loved watching both of his boys play in their youth and high school football leagues in Berthoud and Texas.
Keith owned Flash Masters, LLC in Berthoud, Colo., for 12 years. In 2012, he sold the business and the family moved to the Dallas, Texas, area where Keith worked as an independent marketing director for Team National.
Keith is survived by his wife Aletha; sons Jakob and Zakary; his parents Lionel and Jo Ann Smith; his sisters Rhonda Guitreau and Kathy Janacek, as well as many nieces, nephews and extended family.
A memorial was held on Saturday, July 5, at Pioneer Park in Berthoud. In lieu of flowers, the family requests donations can be made to http://www.youcaring.com/keithsmith.