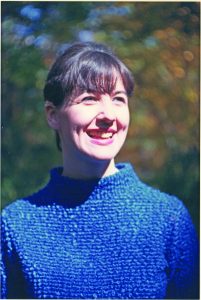 Janet was an amazing spirit who brought a smile and positive attitude wherever she went. She graduated from nursing school in 1965 and began her career in nursing. She took time off to raise her three children and then returned to nursing, first as an oncology nurse and then as a hospice nurse. Her bright smile and kind and gentle soul brought comfort to so many people throughout the years.

Janet was a devout Lutheran, very committed to the Lutheran church and her Lord in every way. She loved to sing and could sing just about any hymn anyone knew. She moved to Colorado three years ago when her husband passed away and her dementia progressed, so she could be closer to her daughter. Even as her health worsened and she could no longer make sense of words to form sentences, she could always be found singing and bringing joy to those around her.

Janet was preceded in death by her husband Robert; daughter Christine; sisters, Becky and Mary; and brother, David.

Memorial services will be at her church, Good Shepherd Lutheran Church in Frankfort, Il., the week of July 16.