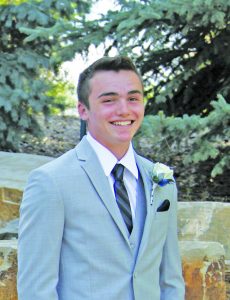 Gabriel “Gabe” John Archuleta died peacefully in Good Samaritan Hospital on Sept. 16, 2017, in Lafayette, Colo., at the age of 17.Gabe was born on July 24, 2000, in Longmont, Colo., to Steven and Gina Archuleta. He was a senior at Berthoud High School. Gabe is survived by his parents Steve and Gina Archuleta, sister Lucia, grandparents Anibal and Rosemary Archuleta; and numerous uncles, aunts and cousins. He is preceded in death by grandparents Angela and John DiGregorio and Uncle Johnny DiGregorio. A funeral was held Sept. 19, 2017, at 10 a.m. at Brookside Gardens in Berthoud, Colo., with a reception following. Father Greg Ames officiated at the ceremony celebrating Gabe’s life.