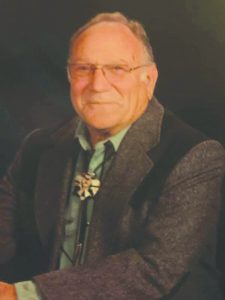 Ed was a kind soul, never hesitating to throw himself into passion projects. He bought his first Buick in 1976 and his love of the classic car chase began. You could catch Ed at any car show within 100 miles debuting his newest project. He was a member of the Rocky Mountain Car Club, the St. Vrain Antique Auto Club and the National Buick Club. Ed served in the National Guard from 1964 to 1970.

He is survived by his wife of 56 years (married 1965 Longmont, Colo.), Maxine, and two sons, Vance (Jackie) and Wade (Mary), along with five grandchildren (Amber, Cassie, Hallie, Ethan and Levi) and three great-grandchildren (Gunner, Hadlee and Hazel). He is also survived by two siblings, Ronald (NM) and Bonnie Bunker (Colo.), brother-in laws Max McGuire and Mark Mindek. His sister Lynne Marie is deceased.

Ed was a bright spark in this world and will be deeply missed by many.