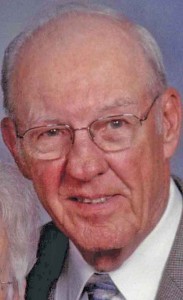 Darrell “Beaner” Baumer, 83, of Berthoud died July 31, 2014, at the Aspen House in Loveland. He was born Aug. 28, 1930, in Stetsonville, Wis,. to George and Ella Baumer. In August of 1956 he married Janice Mae Thurston in Hancock, Wis. Darrell and Jan moved to Berthoud, Colo., in 1982, where Darrell worked for the Berthoud National Bank. He had been in banking from 1956 to 1995. Darrell enjoyed golfing, woodworking, hunting, fishing and remote-control airplanes.

He was preceded in death by his parents and his daughter, Nancy Harris (1987).

A rosary will be held at 10 a.m. on Wednesday, Aug. 13, 2014, with a memorial Mass following at 11 a.m. at St. John the Evangelist Catholic Church in Loveland. In lieu of flowers memorials may be sent to Pathways Hospice, c/o Viegut Funeral Home. Go to www.viegutfuneralhome.com for condolences. 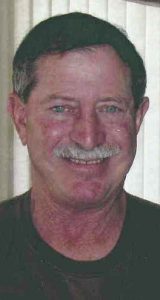 George Becker Botterill of Loveland, Colo., passed away suddenly at home on Aug. 7, 2014. George was born Oct. 26, 1947, in Denver, Colo., to John Robert Botterill and Helen Josephine (Becker) Botterill. He lived in Denver until 1961 when the family moved to Berthoud, Colo. After graduating from Berthoud High School in 1965 George entered the U.S. Army and served his country in the Vietnam War. He was an avid sportsman, highly respected heavy-equipment operator, loving husband, father and grandfather. He was preceded in death by his parents. He is survived by his wife Cindy of Loveland; son Adam (Jennifer); grandchildren Zavier, Jayden and Bailey of Johnston; brother John (Jan); sisters Julie (Bruce) Bowler and Mary Lafferty; and his many nieces and nephews.

Visitation will be held at Viegut Funeral Home on Sunday Aug. 10 from 2-4 p.m. The memorial service will be on Monday Aug. 11 at 10 a.m. at Immanuel Lutheran Church in Loveland. Burial will be at Fort Logan National Cemetery on Tuesday Aug. 12, 2014, at 1 p.m. at Staging Area “A.” Memorial contributions to the Disabled American Veterans or Immanuel Lutheran Church. Blessed be the memory of George Becker Botterill. Go to www.viegutfuneralhome.com for condolences.