Ashtin Williamson steps up to the plate for Spartans softball 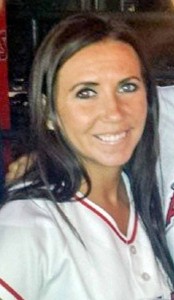 “I like the challenge,” Coach Williamson said, “I want to build a dynasty [at Berthoud].”

Far from a newbie to top-end softball competition, Williamson, as a standout centerfielder and leadoff hitter for the 2004 state champion Loveland High Indians, collected Player-of-the-Year honors from the Reporter Herald, Rocky-Mountain News and Denver Post. She was the Sportswomen of Colorado Athlete of the Year and the Colorado Gatorade Player of the Year for the 2004-05 softball season. Awarded an academic and athletic scholarship to Colorado State, a torn hamstring that Williamson called “kind of a career-ending injury,” put the kibosh on her playing days in Fort Collins.

No longer able to play at the Division-I level, Williamson (who continued to compete for Triple Crown Sports and in competitive slow-pitch adult leagues) opted to focus her energy on coaching. The 28-year- old soon-to-be college graduate worked as an assistant for Fossil Ridge High School in Fort Collins for four years as well as coaching various levels of league ball from “14-B to 18-gold.”

Yet, last spring, her former-coach Anthony Heronema and former-teammate Angela Snyder (nee Heronema), presented Williamson with an offer she couldn’t refuse, she said; to apply and interview for the head coach position at Berthoud High School.

Taking over the Lady Spartans gives Williamson a chance to not only lead a squad with a long-standing tradition of excellence but also affords an opportunity to coach alongside Heronema, to whom she attributes much of her success as a player.

“I give all the credit in the world to Anthony for making me the player I was,” Williamson said. “He’s the one made me that little stud.”

Williamson believes she brings the right balance as a coach; experienced enough to handle the trials and tribulations of the job, yet young enough to relate to her players as she “has been there.” She spoke fondly of being an All Conference player on a team that won only four games her freshman year only to improve steadily each subsequent season and eventually hoist the state championship trophy as a senior. It’s a rags-to-riches story that she believes she can impart to her players, in both lean times as well as in rich.

“My job is to teach them not tell them,” Williamson said. “A lot of times you’ll see me in there getting down and dirty too.”

She explained that she will stress, often heavily, the fundamentals of the game.

“I try to stay as with the times as much as possible but keeping the fundamentals as the basic,” she said. “[Fundamentals] is where it all breaks down. If we don’t have those right we can’t expect to have the more intricate things right.”

Coach Williamson explained her philosophy as being analogous to teaching the A-B-Cs; explain it, demonstrate it, then have them do it and before long the “it” becomes second-nature.

“So I take it and really break it down, rather than telling you what to do – this is this and that is that – we do the hows and the whys…and a lot of times they teach themselves.”

Yet Williamson, as tenacious a competitor as she is, has not lost sight of what high school athletics are all about.

“The bottom line is I believe sports are of a greater purpose than just playing sports,” she said. “They really give you all these life tools that send them out to the real world.