Movies can save everything but themselves

Every year the president of the United States stands in front of Congress and presents a speech on the condition of the nation known as the State of the Union. If there was one for Hollywood it would likely be taking place soon, and it would likely not be positive.

Exactly how bad were the first 11 months of 2017 at the box office, especially the ever-crucial summer “blockbuster” season? 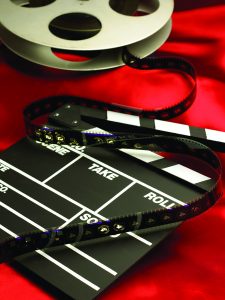 From the beginning of May to Labor Day weekend, Hollywood experienced its lowest earnings at the box office in a quarter century, a time period that has always been regarded as the year’s most profitable. Yet it wasn’t, and how Tinsel Town can save depleting turnouts at the theaters, and potentially the industry itself, is a new topic of much debate and discussion.

In previous movie reviews I have hinted at the possibility audiences are growing tired of reboots and sequels, which was backed by numerous well-known franchises that flopped big-time at the box office. “Transformers,” “Alien,” and “Pirates of the Caribbean” all had alleged highly-anticipated releases and all bombed dramatically.

However, original movies with original stories like “Baby Driver” and “Get Out” were surprise hits over the summer. Evidence suggests more creative stories will bring the crowds back, instead of half-hearted, recycled sequels.

For a family of four to attend a weekend showing will cost the family nearly $40 in ticket prices alone, not counting an additional $2-$3 per ticket for 3D glasses and surcharges if you sit in those fancy new luxury recliners. That’s not including popcorn and other snacks that have never been reasonable.

Needless to say, going to the movies is no longer considered a budget form of family entertainment, but rather something that feels comparable to attending a Broncos game or concert. It’s no wonder fewer and fewer people are going to the theaters.

Netflix is not only putting a dent in cable TV profits, but also the movie industry. According to Forbes, the online streaming service is on track to exceed $11 billion in revenue this year, with an estimated 128 million current users here in the United States.

The rise is largely attributed to Netflix’s affordable subscription rates (despite a recent price hike) and increasing number of original content, which is giving more Americans less of a reason to leave the comforts of their own homes.

One potential solution is to start offering early streaming of new releases on apps like iTunes, but would it produce the same magic as what you get when you see a film on the big screen in the theaters?

Think about it: how likely were you to check the overall approval rating on Rotten Tomatoes or other movie review platforms like IMDb.com before venturing to the theaters?

From Trip Adviser to Yelp, there has never been an era in history where people have considered the reviews of every day strangers for everything and anything before spending their hard-earned money on it.

Some say the recent decline in box-office numbers can be attributed to poor/negative reviews that come out in advance of a film’s opening date, and more importantly far before moviegoers have an opportunity to attend a viewing and decipher it for themselves.

How do we unravel the happy ending we all love and hope to see for Hollywood? We’ll see in less than a week what Jedi powers “Star Wars” is capable of doing to provide first aid to a hurtful year in the industry. But make no mistake, it must get back to more creative, unique content and cheaper ticket prices, as well as adapt to an ever-evolving era of how audiences consume entertainment, in order to survive.