A Longmont theater teacher wants to bring a theater camp to her local Berthoud community to fill a gap.

Neana Winslow will offer the second annual Take the Stage Theatre Camp this summer for students ages 6 to 13, so they can get a taste of theater without driving to Loveland or Longmont. 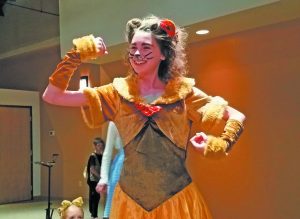 Courtesy photo – Emma Brekenfeld of Berthoud plays the role of the lion in “Wizard of Oz” during the 2017 Take the Stage Theatre Camp, a week-long camp in Berthoud.

“It’s a great experience for students to build public-speaking skills, build confidence, and get experience at an early age of what it’s like to be on the stage creating art,” Winslow said.

Winslow will offer the theater camp through her production company, Royal Court Productions. This year the camp will be June 25-29 at the New Freedom Outreach Center, 250 Mountain Ave., and again in July if there is enough interest.

There will be a morning and an afternoon session, and each session will be limited to 15 students. Last year there was one session, and 14 students participated.

“Elementary school students are so fun to work with. They just prove when you are dedicated how much you can accomplish,” Winslow said, adding the students immediately get to work memorizing their lines. “There is so much excitement, energy and enthusiasm in the kids.”

The camp will focus on the process of creating a production with the performance of a one-act play on the final day presented to the campers’ family and friends.

On the first day of camp Winslow will ask the campers to participate in several improvisational, or improv, theater games. She will get help from volunteers who are theater students from Longmont High School, where she has taught theater and, previously social studies, for 25 years. She also helped with elementary- and middle-school-level summer theater camps in Longmont starting about 10 years ago, but two years ago wanted to continue her efforts in Berthoud.

Winslow will take notes to identify the strengths of the campers, along with their abilities to memorize, and cast them into parts that day. The students will take home scripts to begin memorizing their lines for a 15- to 20-minute play, a fairy tale Winslow modified for the elementary-school level. Last year, the students performed “The Wizard of Oz,” and this year the selection may be “The Little Mermaid” or “Wolf Tales,” but she hasn’t made a final decision.

“Being the oldest actor was fun because I got to help out with the costumes and memorizing lines,” said Berthoud resident Emma Brekenfeld, who participated in the camp last year and played the lion in “The Wizard of Oz.” “My favorite part of this camp was playing the cowardly lion. It was such an amazing part to play, and I loved challenging myself to bring in as much of the shy, but cute lion from the movie into my acting.”

During the second to fourth days of camp the campers will work on blocking, memorization and costuming, along with doing more improv exercises to improve their quick-thinking skills and learn about building character. Blocking involves movement on the stage, such as entering and exiting, and body language. The campers also will work on their oral communication skills, including projection and building a character voice. 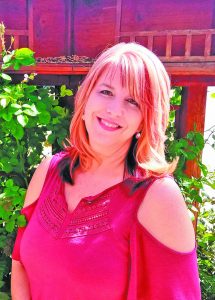 Photo by Shelley Widhalm – Neana Winslow, founder of the Take the Stage Theatre Camp, poses May 24 in front of the birdhouse at Da Bean Coffee House in Berthoud.

As for costuming, Winslow will bring costumes from the high school theater costuming room the campers can modify, or they can bring in things from home. The set will be simple, and the campers will help make the props and signs.

On the fifth day the campers will do a quick rehearsal, get in costume, with the high school students doing their makeup, and give the final performance.

“All ages can find a place they can shine,” Winslow said. “There are roles for everyone.”

The morning session of the camp will be 8:30 a.m.-noon, and the afternoon session will be 1-4:30 p.m. The camp is $100 per session. Breakfast and lunch will be available at an additional charge in the Cornerstone Café at New Freedom prior to each session.

For details, or to sign up for the camp, contact Winslow at 970-218-7525 or [email protected] Registration forms also can be picked up at the New Freedom Outreach Center.