Most people in town have noticed the steadily increasing number of homes being built in the subdivisions around town. The population of the town is increasing as well.

The town’s one-year growth rate from July 1, 2016, to July 1, 2017, was also better than any other municipality in northern Colorado. 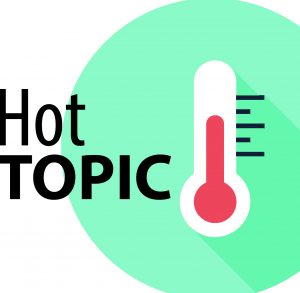 With all of the new developments springing up, and the associated increases in population, one thing is certain, there will be growing pains. The effects of the increase in population is already being felt at the schools. Berthoud Elementary and Ivy Stockwell are both near or slightly over capacity. The Thompson School District board will attempt to ease the situation at the elementary schools by moving two modular classrooms, one to each elementary school.

As we all know, the burgeoning classes will grow up, and Turner Middle School will be the next to ask for help. (See a full article concerning the school situation on page A2 of last week’s Surveyor.)

The cries heard the loudest, at least in the downtown area, are “Please, don’t let growth besmirch our ‘Old Town,’” and “Let’s keep ‘Old Town’ quaint.”

The Surveyor offices are located on Mountain Avenue and, unless new residents have found a new way to get downtown, we have not noticed a 74 percent increase in vehicle traffic passing by our front windows. Since most development is taking place at the edges of Berthoud, we think that “Old Town” Berthoud will be alright for the foreseeable future.

We cannot focus just on the negative. Growth of the town will draw retail businesses and family dining establishments to Berthoud. The town should see a rise in sales tax revenue, which will help to pay for amenities.

Town Administrator Chris Kirk stated in an email message concerning the growth in Berthoud, “Our town efforts are focused on enhancing the character of the community by creating and maintaining high standards for new development. We’re also implementing long-range infrastructure plans and increasing the quality of our public facilities and programs so that current and future residents can enjoy Berthoud for decades to come.”