The best movies in a year deserve recognition. However, it is far more fun to poke fun at the worst. Not every movie released is a hit. In fact, most movies produced lose money and even fewer are critically acclaimed. Train wrecks are unavoidable.

What were the biggest disasters in 2018? I have put together a list of some of the worst movies of the year:

There are some actors who are just not meant to play certain roles. Tom Hanks, as brilliant of an actor as he is, has never been able to pull off a “bad guy.” Likewise, Jennifer Garner (a notoriously sweet and wholesome actress) struggles to portray a violent mom hell bent on revenge. “Peppermint” is intended to take seriously, but it is so poorly made, at times it is laughable. 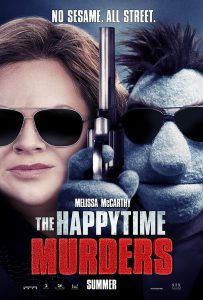 While 2018 was definitely a rebound year for Hollywood (compared to a lousy 2017 at the box office) it was not rock solid for new comedies. “The Happytime Murders” was promoted with much promise, but the Melissa McCarthy-led movie was a failed attempt. The X-rated “Muppets” satire lacked a lot of things, with laughs being the most evident.

Every year it seems like Hollywood makes more of a reach to transform something ordinary into horror. “The Nun” may sound like a ridiculous title for a horror flick, but gauging off what people have told me about their experiences in Catholic school, it may be the appropriate genre. However, “The Nun” failed to deliver much fright and was one of the biggest horror disasters of the year. 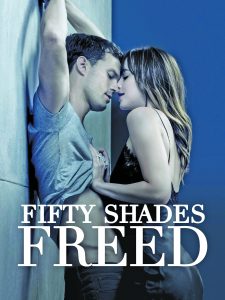 I thought the idea behind the comedy about a real-life group of grown men who still spend one month a year playing a game of high-stakes tag sounded interesting but, as the movie demonstrated, some stories are more suited for a “warm and fuzzy” piece in The Wall Street Journal than on the big screen. It’s a shame, “Tag” featured a talented cast of Ed Helms, Jon Hamm, Jeremy Renner, and one of my favorite stand-up comedians Hannibal Buress, yet still was a disappointment.

There was hope for the new “Robin Hood” to become a medieval epic. Instead, it seemed horribly botched, and a shameless cash grab. Everything about the action movie was out of place, from chaotic editing that made it difficult to decipher who was doing what, to slangy dialogue that sounded like it belonged more in “Boyz in the Hood” than a 13th century outlaw tale. 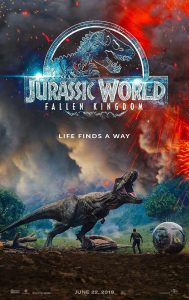 I love Chris Pratt from his “Parks and Rec” days, but someone needs to tell this Hollywood hunk to stop making new “Jurassic Park” movies. “Jurassic World: Fallen Kingdom” was yet another unnecessary sequel to a franchise that should have been left alone years ago. I know Hollywood can’t help itself with remakes, but seriously guys? This movie was bad, real bad.

Honorable mention: “Gotti,” “Night School,” “The Spy Who Dumped Me,” “Overboard.” Do you agree with my selections? What movie would you add to the list? Follow me on Twitter @zirkelMTN and tell me your biggest movie flops of the past year.