Colorado is home to many popular professional sport teams, such as the Broncos, Nuggets, Rockies, and Avalanche. And now one of the fastest growing sports in the world is coming to Colorado.

Rugby is coming to Glendale, Colo. The Glendale Raptors will be the first professional rugby team in the state of Colorado and will play in Major League Rugby (MLR).

Rugby’s popularity has spiked since 2009. There are 40 million fans and seven professional teams in the United States. 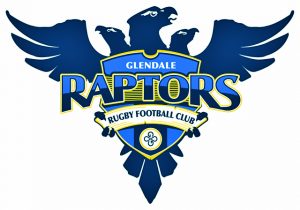 American rugby isn’t new, though. The first games of rugby in America can be dated all the way back to the East Coast in the 1800s. America has had success against the world in rugby, including a gold medal win in 2016.

After the gold medal win, the MLR was founded in 2017, and their mission is simply; learn the values at the core of the game: teamwork, respect, enjoyment, discipline and sportsmanship.

So, when the MLR came knocking, the Raptors couldn’t refuse a chance to join the most competitive rugby league in the world.

The Raptors were established in 2007 and play in the first rugby-specific stadium in the U.S. Infinity Park is located at the heart of Glendale’s dynamic community, according to a team press release.

Glendale Mayor Mike Dunafon is excited for the opportunities the team will bring to Glendale.

“Rugby has transformed all of the Glendale hotels on the weekend,” he said in an interview with the Denver Post. “The stadium has not only given an identity to Glendale – it’s changed the heart of Denver and added another international sport to the mix here.”

The Raptors also found themselves a stout player pool, signing players from men’s teams from the Major Rugby Championship.

Raptors head coach, David Williams, has previous experience with the U.S national team, and has high expectations for his team.

“[We] had really good preparation and a great platform, making us ready to launch into the MLR,” Williams said in a press release from the team.

Landry, one of the top players from the national team, is excited for the chance to play in a league in the United States.

“The overall atmosphere of professionalism with the club here is very unique within the states, because you don’t really see that at other places,” Landry said in a press release.

And this is just the start for the Raptors.

The Raptors’ first match is April 21 against Austin Elite Rugby at Infinity Park in Glendale, and is the inaugural game in the MLR for the Raptors.