Last Thursday night the Berthoud High School (BHS) girls soccer team faced the Greeley Central Wildcats for their opening game. The girls looked to start their season off with a win and get some momentum going in their favor going into their first couple of games, and they did just that.

Firing early in the game, the Spartans had two goals within the first two minutes of the game. Freshman Breanna Fowler scored both her first career goal and the first goal of the season after just one minute and three seconds of play. Sophomore Hailey Pepper recorded the first assist of the season on this play. 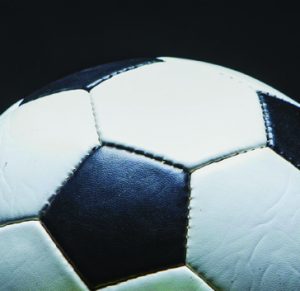 Just 54 seconds later the Spartans put another goal up on the board. This goal came from senior team captain Liz Bosnich. The Spartans didn’t just have a good offensive start, but their momentum carried to the defensive side of the ball as well.

BHS kept the Wildcats on their side of the field for 23 consecutive minutes, not letting them get a shot on goal the entire first half.

After 24 minutes without a goal, sophomore Maddie Barcewski scored a goal after a cross into the 18-yard box from Fowler. A three-goal lead wasn’t enough for the Spartans. Just three minutes later, Barcewski scored another goal, giving BHS a four-goal lead heading into the second half.

“We definitely have a lot of offensively-minded players,” Coach Kelly Hardegree-Ullman said about the strong offensive start. “It helps that we have a lot of girls that can go to goal.”

At the start of the second half, Berthoud led by four but were ready as ever to keep striving toward the win. Pepper was the first to score in the second half, pushing downfield through multiple defenders.

Just six minutes later Bosnich put in her second goal of the game to bring the Spartans to a six-goal lead. With two goals in the game already, her career high, she wasn’t done breaking that record quite yet.

Barcewski was the first player to complete the hat trick, scoring her third goal with 18 minutes remaining. With that she tied her career high for goals during a high school game.

Just two minutes later Bosnich broke her record again, scoring her third goal on a penalty kick. The kick completed her hat trick, the first of her career. “I started off my last season pretty well, I started it off with a bang,” the team captain said about her performance. “I’ve never really gotten a hat trick before.”

When asked about her personal and the team’s hard work, Barcewski said, “It really demonstrated our execution, and I think we definitely started off on the right foot.” The team came together very well and had the perfect start to the season.

Hardegree-Ullman was pleased with her girls performance, saying, “I think it means a lot to the team to start out on a strong note. Especially with new people coming in, a new team. It’s really great to have that ‘W’ on the board to start the season.”

Beating the Wildcats was not the only win for the Spartans this week; they travelled to Weld Central Saturday morning. With a tougher game than the last, the Spartans did not score quite as many goals this time.

Barcewski scored the first goal of the game late in the first half. Fellow sophomore Hailey Pepper scored the team’s second halfway through the last half.

Weld Central got on the board with 14 minutes left to play, but it was not enough to give them the win. Hardegree-Ullman said, “Weld Central’s defense held a tight line throughout the match, but we were able to break through on multiple occasions, capitalizing on two of them.”

Starting the season off with two wins was the perfect way to start the spring soccer season. “The team has started the year strong, winning our first two matches of the season.”

Berthoud (2-0) will travel up to the Loveland to face the 5A Lady Indians for the next match on Monday, March 19. The match will be held at Mountain View High School and is scheduled to begin at 4 p.m.