Full agenda for town board – audit, redevelopment and new development

At Tuesday evening’s town board meeting it was revealed that an audit of the town’s finances for 2020  was conducted and no irregularities were found.

A letter addressed to the mayor and trustees from Hinkle & Company, who conducted the audit, states:

“We have audited the financial statements of the Town of Berthoud, Colorado as of and for the year ended December 31, 2020 and have issued our report thereon dated May 13, 2021.

Following a brief presentation regarding the item a motion to accept the results of the audit was made, that motion was seconded and passed unanimously. 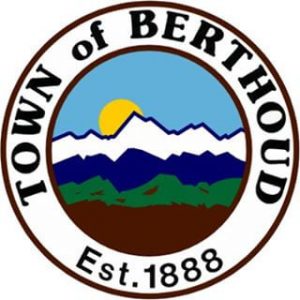 Walt Elish, the town’s Business Development Manager, gave a presentation concerning the town’s desire to move forward with redevelopment of the old town hall site and the adjacent feed store located at 328 Massachusetts Avenue. Staff requested that a RFP (Request For Proposal) be used as a vehicle to determine what, if any, interest there might be in developing a site that is less that one acre in size. According to an information sheet concerning the item:

“The Town of Berthoud is a growing community on Colorado’s north front range situated between Fort Collins and Denver along the I-25 corridor. With a quaint downtown, boutique shops and excellent schools and amenities, and a central location, Berthoud is quickly becoming a hub for residential, commercial, and industrial development. These qualities have established Berthoud as an attractive place to live and work resulting in an increase in housing development. For example, since 2016 the Town has permitted, on average, 435 residential units per year and grown to approximately 10,000 people. The Town is also attracting a variety of new developments not the least of which is the TPC Colorado and Heron Lakes golf and residential community and the Town’s new $29 million, 49,000 SF Recreational Center complex. With diverse business and housing developments locating in Berthoud, the economy is healthy and the future bright for Berthoud now and years to come.

In January 2017, the Town relocated its Town Hall functions to 807 Mountain Avenue. In doing so, the Town vacated its 7,200 Square foot building and ½ acre site located at 328 Massachusetts Avenue. In 2020 the Town also purchased the adjoining former Berthoud Feed Supply property. The purchase of the feed store was made with the intent that it be incorporated into the overall redevelopment of the entire corner.

The Town is seeking to redevelop its former town hall and adjoining former Berthoud Feed Supply building and properties, located at 328 Massachusetts Avenue and 603 3rd Street, in a manner that will have a long-term positive impact on the ongoing revitalization of Downtown Berthoud and the community. The town board is interested in a development that will complement and strengthen the arts/creative uses that are currently located in this area of Town and achieve some mix of the following: An inviting open-air plaza (The Exchange in Fort Collins is an example).

Secondary residential uses compatible with the other uses.

During discussion at a recent town board meeting the consensus among the trustees was that “All proposals must retain the historic bank building portion of the former town hall facility and creatively incorporate it into the overall redevelopment of the site. While there is also a desire to see the former Feed Store building retained and creatively incorporated into the project, proposals that include removing the feed store will be considered.

A motion to proceed with the RFP was made, seconded and unanimously approved.

William Edwards, a principal with Berthoud Homes LLC, with Steve Wiens acting as applicant requested a major PUD (Planned Unit Development) amendment on 27.25 acres and with a revised layout which proposes 237 dwelling units. The tract in question is located north of Pioneer Park and the Mary’s Farm subdivision south of Highway 56 and to the northwest of the Farmstead Development.

Following a presentation by Curt Freese, the town’s Community Development Director and a brief public hearing the trustees settled into an extended Question and Answer session after which a motion approving the Neighborhood Master Plan for Fickel Farm was made, seconded and passed unanimously.

A second motion approving the major changes to Fickel Farm PUDF was made, seconded and approved unanimously.