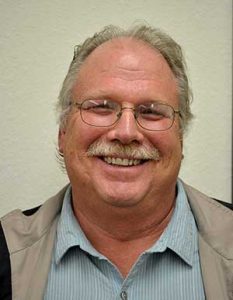 Following a very deliberate and deliberative process, during which the six remaining trustees of the Berthoud Board of Trustees interviewed six applicants for the seat left open by the resignation of Mike Henning, former trustee and current planning commissioner Dick Shepard was selected to fill the vacancy.

The six applicants, Michael “Leon” Palmer, Brian Laak, Brian D. Young, Richard “Dick” Shepard, Kevin P. Pischke and Jeff Hindman, were sequestered in another room as each one, in turn, was ushered into the council chamber to be interviewed.

Each applicant was asked to take a minute or two to introduce themselves to the board, and they were then asked four questions to gain more insight to each applicant and what they brought to the position.

Town Clerk Mary Cowdin stated earlier in the meeting that following completion of the interviews each trustee would be given a ballot with the names of all six candidates listed. Using these ballots the trustees would be instructed to vote for their choice to fill the vacancy. The trustees were also informed that, by statute, they would need to sign their ballot, and the results of the vote (who each of the trustees had voted for) would be made public in the minutes of the meeting.

Following completion of the interviews the ballots were distributed to the trustees. Several minutes elapsed before each trustee had marked their ballot and returned them to Cowdin to be tabulated.

After reviewing the results Cowdin announced there was a tie, thus necessitating a second vote between the candidates who received the most votes.

She had anticipated the need for extra ballots and quickly produced a second set, on which she crossed off the names of all except those of the two tied candidates and distributed those ballots to the trustees. A second vote was taken and on this go around Shepard was the selected candidate to fill the vacancy left open by the resignation of Michael Henning.

A second option for the board would have been to not fill the vacancy and wait until the municipal election in April 2016, and leave it to the town electorate to fill the vacancy. By acclamation, the trustees chose to go forward with the selection process outlined above.

Other action by the board at the meeting of Nov. 10 will be reported on in coming weeks.