Farmstead is located south of, and adjacent to, Highway 56 and straddles County Line Road.

Kirk opened the meeting by stating there is no formal appeal process in place for area residents to dispute a development proposal once it has been heard and approved by the planning commission and/or by the town board. Residents of Mary’s Farm and Fickel Farm neighborhoods disagree with that viewpoint and have chosen to fight the developer. 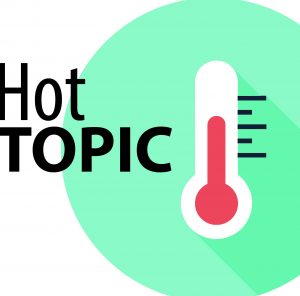 The Nebraska Avenue right-of-way, as rendered in the project drawings submitted thus far, was reported to be inadequate for a street which is depicted as a “collector street.” Kirk noted Nebraska Avenue has been designated as a “minor collector’ on the last street study. He also said some of the confusion surrounding Nebraska Avenue stems from the fact that in 2014 Berthoud adopted the Larimer County Urban Area Street Standards (LCUASS). Nebraska Avenue will be planned according to those standards, but those plans will probably not be available until the final engineering drawings are done.

Freese noted most of the issues raised by the residents of Mary’s Farm and Fickel Farm regarding Nebraska Avenue will be resolved once the engineering drawings are available.

The town will not allow the project to undergo any work until the engineering drawings are completed and signed off by town officials.

The issue of tree lawns on Nebraska is a bit more complicated. The town changed the tree-lawn width in April of last year. The tree lawn standard was changed to 10 feet. All of the Farmstead preliminary documentation had been submitted before April, and, therefore, can only be held to the width specified at the time the documents were submitted

Freese stated to date there have been several meetings held before the planning commission and the town board, virtually all of them public hearings, concerning Farmstead. It was not until very recently the public showed much interest in the project.

Still to be completed are: a transportation study, engineering plan, construction and landscape plans, all finalized drawings and the development agreement signed by the developer and the town and recorded at the county.

He went on to state the time to have input into a development project is at the beginning of the process, not at the end.