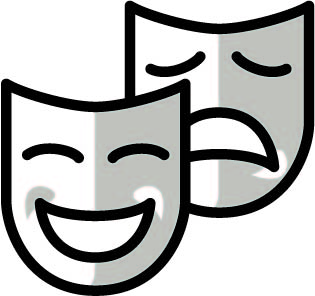 “Beets” a full-length play by former Surveyor editor Rick Padden, will have staged readings June 24 & 25 at 6 p.m. at the McCarty-Fickel Home Museum — a joint production between the Berthoud Historical Society and the Moon Theatre Company.

“Beets was inspired by events that took place in Berthoud, CO in 1944-45, when German POWs from camp 202 near Greeley, CO were used as stoop laborers on beet farms throughout Northern Colorado. The camp held nearly 3,000 of the 400,000 POWs brought to U.S. soil during WWII.

Padden’s first exposure to the subject came through stories written by Berthoud historian Mark French, who writes a weekly historical column for the Surveyor. French had written about Berthoud resident Bob Lebsack, who remembered driving prisoners from the camp to his father’s farm as a young man, and had received a letter of gratitude and a signed book from one of the POWs after the war. The play, now published with Eldridge Publishing, is dedicated to the memory of Lebsack, who passed away in 2020.

This fundraising event is being directed by Moon Theatre’s Lesley Jones and Kathleen Gruman, and tickets will be available for a donation of your choice at the door, 228 Mountain Avenue, Berthoud.