Third District County Commissioner Tom Donnelly had only himself to act as featured speaker at the final Citizens Information Meeting which was held the morning of Wednesday, Feb. 27, 2019. However, he was not at a loss for words.

He began by thanking all residents of the Berthoud area who made it a point to attend his monthly informational meetings – even though the 8:30 a.m. start time of the sessions was not the most convenient time for many people to attend.

Donnelly gave those who attended the Feb. 27 meeting a brochure which read, in part: 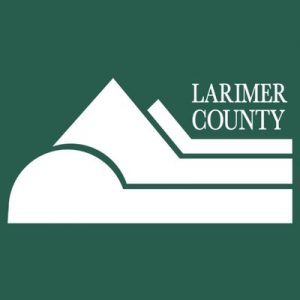 “After nearly a decade of Citizen Meetings … the 2019 Board of County Commissioners (BOCC) are updating their public engagement plan to best respond to the changing community and provide new opportunities for residents to interact with their elected commissioners.”

“Beginning in March the BOCC will host a two-hour interactive public meeting once every other month called the Commissioners Open House.”

In addition to Commissioners Open House, each commissioner will host their own individual small group meetings with community members in their districts. Donnelly will join the mayors in his district to host informal discussions with the public.

The new schedules and formats for the community meetings will begin this month (March 2019). The first joint meeting with Donnelly and Karspeck has not been scheduled. The Surveyor staff has been assured the newspaper will be informed when the meeting schedule is firmed up.

Donnelly saved approximately the last half of the session to discuss any topic of interest to those in attendance.

Two rural residents of the county complained about an explosive substance (Tannerite) being set off by a neighbor who lives on a property close to theirs. They were wondering if anything could legally, by way of a noise ordinance or some other vehicle, be done by the county to curb the use of the product.

Donnelly also spoke about the Interstate 25 widening which is currently underway. He explained Larimer County municipalities and other northern Colorado governmental entities had offered $60 million to entice the Colorado Department of Transportation (CDOT) to complete the third lane stretch of the interstate from the north Fort Collins (Highway 14) interchange to the south Loveland (Highway 402) interchange. This left approximately 12 miles of interstate still to be completed.

Watch the Surveyor for information regarding the promised joint meeting with Commissioner Donnelly and Mayor Karspeck.